I’m A Celebrity 2014: Jimmy Bullard first to be eliminated!

Ex-footballer, Jimmy Bullard was voted out first from I’m A Celebrity… Get Me Out Of Here! 2014. 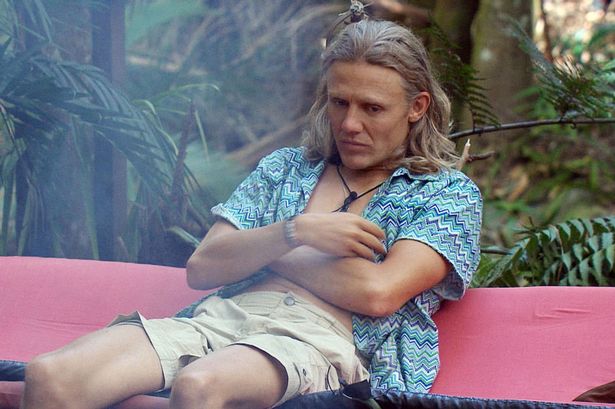 The first elimination took place last night, Monday. The Wombats tribe were all up for the public vote after losing to The Galahs in the battles.

Jimmy, Foggy, Mel and Tinchy were in the losing tribe and after facing the Bushtucker trial. one of them had to leave.

The public voted Jimmy to leave the jungle, the first member to leave. It is thought that even though he was one of the favourites to win, his ‘banter’ with Jake may have gone too far for the viewers.

On leaving the camp, Jimmy spoke to Ant and Dec saying “I was loving it in there, I wanted to stay a little bit longer. I loved it, I really did, I’d like to thank everyone that got me on here.”

It was a complete shock to all the viewers, even though it was their decision to save him, as everyone was saying they thought he’d win or at least be in the final.

Jimmy explained “I was struggling with my hunger, it was tough at times. I didn’t really know what to expect, I was letting myself in the unknown.”

Finishing his chat with Ant and Dec, Jimmy said  he is hoping that either Foggy or Jake to go onto win. He also hopes he can stay in touch will all the campmates “unless they delete [his] number”.

All nine remaining campmates are up for elimination in tonight’s show on ITV at 8:30pm.