I’m A Celebrity 2014: Michael Buerk is third to leave!

Journalist and Newsreader Michael Buerk is the third member to be voted out of the jungle. 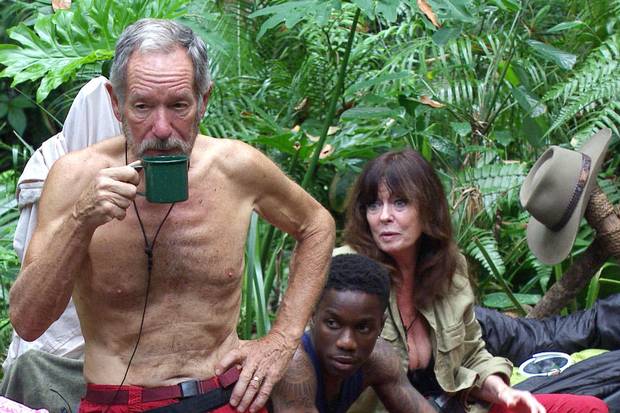 After being the boss man in the camp and who some of the campmates thought was the father figure, he has become the third person to depart.

Buerk took part in trials and even decided to learn how to rap with the help of Tinchy, who also did a performance for the rest of the camp.

When talking to Ant and Dec, he spoke of the difficulty of the lack of food and how it “changes your mood” and how he enjoyed spending time with all the other campmates.

Michael has now followed the departures of Jimmy and Nadia to be reunited with his family outside the jungle.

As picked by Jimmy and Nadia, Michael too hopes that Jake will be the one to win I’m A Celebrity 2014.

The lines have re-opened ahead of the 4th vote off in tomorrow night’s show at 8:30pm on ITV.