I’m A Celebrity 2014: Carl ‘Foggy’ Fogarty is crowned King Of The Jungle!

World superbike champion, Foggy has been voted King of I’m A Celebrity 2014 by the general public, leaving Jake Quickenden the runner up. 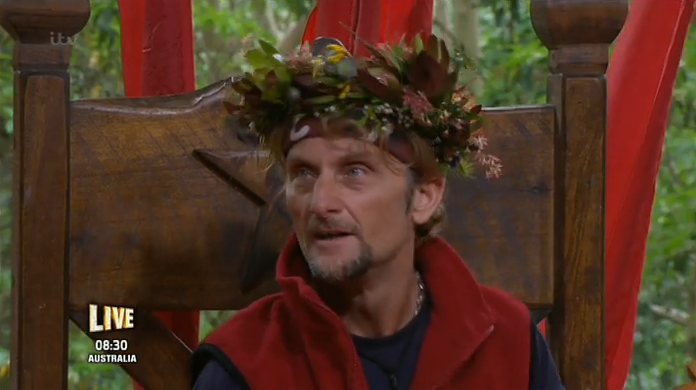 After spending 3 long hard weeks in the jungle with the other celebrities, Foggy has become the favourite of the viewers and has therefore become King of the jungle.

The final two was a battle between Jake and Foggy, which has been seen quite a lot during the weeks. They are both strong and competitive individuals as well as becoming close in camp, which is why the final has been so exciting.

Foggy has done his fair share of Bushtucker trials getting as many stars for meals in camp as physically possible.

Jake too has been extremely competitive, ensuring he only delivered the best in camp when getting stars and taking on tasks.

When meeting Ant and Dec, coming out of camp, Jake drank his champagne in one gulp while Foggy took it slow.

They both spoke about the challenges faced but how enjoyable they both found it.

The runner up, Jake has enjoyed his experience and said “I couldn’t have won to a better man, he is Crocodile Dundee” and he also said it was the “best time of [his] life”

While King of the Jungle Foggy said he couldn’t believe it and fell to the floor. “Whatever is coming out my mouth is rubbish” he was so overwhelmed.

Congratulations to King Foggy on winning this year’s I’m A Celebrity and to Jake for being runner up.