We still can't believe it! But, is it actually true? 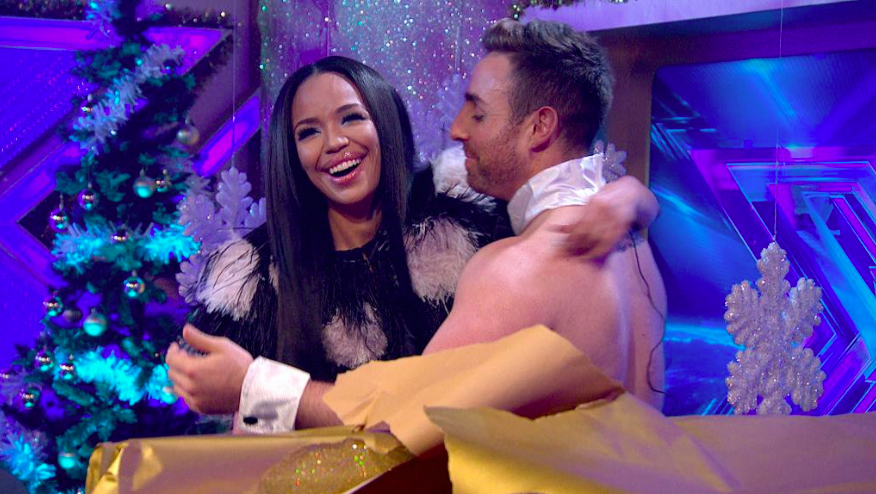 We can confirm ITV2’s ‘The Xtra Factor’ presenter Sarah-Jane Crawford and ex-contestant Stevi Ritchie are an item (sort-of)!

It has been rumoured for some days now that the two are a pair, after Sarah allegedly slept with Stevi after his exit from the show.

Tonight on The Xtra Factor, Simon said: “It’s been a year of great talent and also surprising relationships,

Sarah responded imminently with: “YOU WHAT!?”, dismissing the rumours and Simon’s confession.

Simon responded: “It’s going to come out in the papers anyway tomorrow,” and then a massive wrapped present appeared in the ITV2 studio. Sarah opened the present to find Stevi half naked.

Stevi then tried to kiss Sarah live on air, before the presenter cut the show to an ad break.

Stevi has already expressed his ‘love’ for Sarah and he says they’re just “really close and good friends.” (we think he means lovers).