The X Factor 2014 has finished with Ben Haenow crowned the winner! 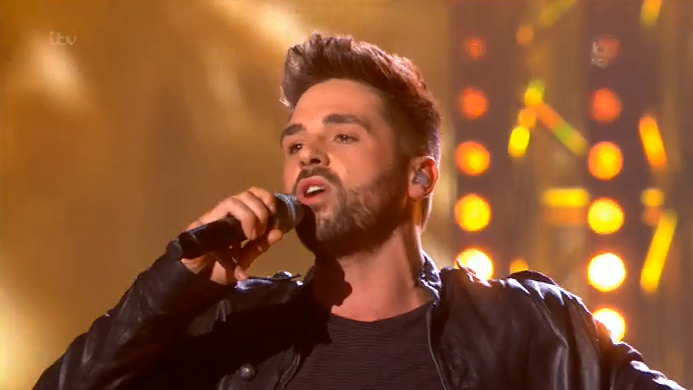 This series of The X Factor has definitely been dramatic from start to finish, but we’ve loved it and – has been crowned the winner.

Thankfully after a tough week for Mel B being rushed into hospital with a serious medical condition, the judge made it to the finale tonight after her finalist Andrea Faustini was eliminated yesterday coming 3rd in the competition.

Opening the show was Olly Murs and Demi Lovato with their new single ‘Up’.

After the first celebrity guests finished their debut single, Ben Haenow sung his song of the series which was ‘Man In The Mirror (by Michael Jackson)’. Mel said: “I started off in this competition not too sure about you, and you grew on me each week. You became the artist and superstar you are today. This is an amazing song and you made me cry a little bit”.

Simon, his mentor said: “The first time you sang that song, I said on the night that this is the night we can see you turning into a star. You’ve just come back onto Wembley arena and you’ve killed that song,

“I could not be happier for you, I could not be more proud of you, you deserve to be here and it has been such a pleasure to work with you”.

After Ben finished, Fleur East took to the stage with her song of the series ‘Uptown Funk (originally by Mark Ronson and Bruno Mars)’. Her mentor, Simon said: “OH MY GOD… You know what… I have to say this. Of all the finalists I have ever had on this show, that is the greatest performance I have ever witnessed,

“I’m torn, as I’d like to split the prize and give both of you the award for winning the X Factor”.

After both finished their song of the series, One Direction and Ronnie Wood (Rolling Stones) performed ‘Where Do Broken Hearts Go’.

Ben Haenow then sung his heart out with his winners single ‘Something I Need (originally by One Republic)’. Louis said: “What a song, Ben! It sounds to me like a massive hit record”.

Fleur East then took to the stage again and sung her heart out with her winners single ‘Something I Need (originally by One Republic)’. Cheryl said: “I don’t know whether it has sunk in or not, but you’ve just sung the winners single. You should be so proud of yourself”

After 2 hours of live X Factor 2014 final, the result was announced and Ben Haenow was crowned the winner, with Fleur East runner-up in the competition.