‘Don’t Tell The Bride’ moving from BBC Three to BBC One!

The hit BBC Three show, ‘Don’t Tell The Bride’ isn’t being axed but it is moving channels! 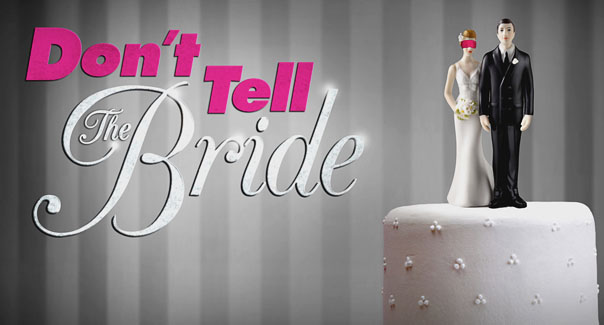 Last week it was reported that the BBC Three hit TV show, ‘Don’t Tell The Bride’ will be axed when BBC Three moves online in 2015.

Today it has been confirmed by the BBC that the show is being moved from BBC Three to BBC One, because it’s so popular.

Although there is a slight difference with the channel moving show, the brides will be aged between 30 and 55, and their grooms will be older too.

Charlotte Moore, the controller of BBC One said: “Fans of the show can still enjoy the emotional highs and lows in the build up to the big day. As the husbands-to-be go about their secret planning it becomes clear that although the BBC One groom may be older, he’s not necessarily any wiser,”

Are you happy the BBC are keeping the show alive? Let us know in the comments below.