Zoella is back on YouTube after ‘leaving’ the internet for a few days and slammed on her return. 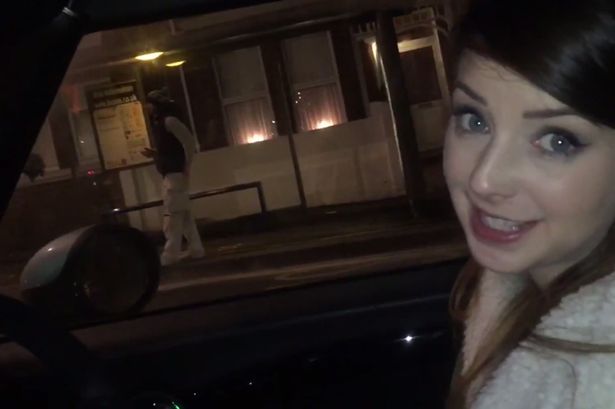 Zoella has already been SLAMMED for her new video titled ‘Pug Party!’ after returning back to YouTube.

Zoe Sugg, vlogger, left the internet for a few days after news broke she didn’t write her own best-selling book, but it seems the bad luck hasn’t stopped there.

The new video ‘Pug Party!’ has been criticised by road safety officials after it shows the YouTube star taking her hands of the steering wheel for long periods.

Zoe took both hands off the steering wheel while the car’s still moving and then begins to accelerate, as well as looking to her right at the camera for long periods of time, meaning her eyes are not on the road.

A senior source of Metropolitan Police told Now magazine: “She could have killed someone. How can anyone who has their eyes off the road for that amount of time be in complete control of a vehicle?

“It’s clearly a main road with plenty of people about. Anyone could have run out in the middle of the road and she wouldn’t have seen them or had enough time to stop. This is completely irresponsible behaviour.”

A spokesperson for Zoella told The Mirror: “Zoe is an extremely careful and conscientious driver. At the time of filming she was in mostly stationary traffic. She takes road safety very seriously and would never do anything deliberately to counteract this.”