Jolie has stated that she has the chicken pox which will prevent her from appearing at several promotional events for her film ‘Unbroken’. 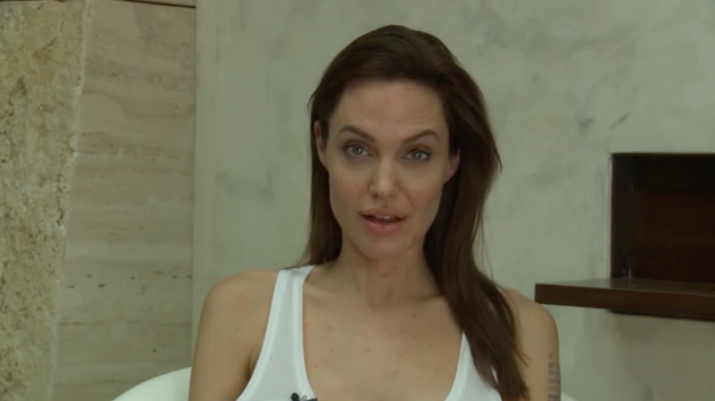 Jolie’s second try as ‘Director’ sees her behind the camera for new war movie ‘Unbroken’ that is released in the states on Christmas Day. The film stars former skins actor ‘Jack O’Connell’ and has open to positive reviews.

The premier saw her husband and kids stand in her place at the premier. Jolie is said to be recovering well from the chicken pox as Pitt says ‘Her spirits are high’.

Jolie released a statement video explaining ‘why she will be missing events’ for her new movie, and expresses ‘hope that everything goes well’. Get well soon Jolie.