George Clooney takes a selfie with the cast of Downton Abbey!

George Clooney has taken an epic selfie with the cast of Downton Abbey. 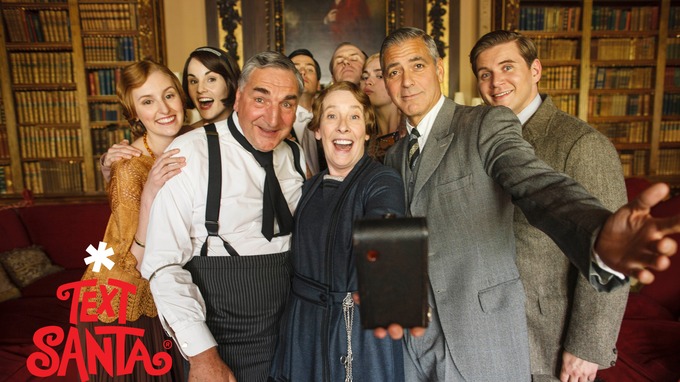 The 53-year-old has appeared in the ITV hit show, Downton Abbey alongside the main characters of the house for a special sketch.

The Downton Abbey sketch was written to raise money for a charity fundraiser, called Text Santa for ITV.

ITV News reported: “The heartthrob will star as Lord Hollywood in the one-off special who visits the Crawleys’ home as an American wedding guest.

“After Lady Grantham initially mistakes him for her husband, he goes on to plant a kiss on the Dowager Countess, played by Dame Maggie Smith, who swoons during their encounter.”

The special sketch will air on ITV’s Text Santa from 8pm tonight.