Text Santa has raised its highest total so far with over £5 million. 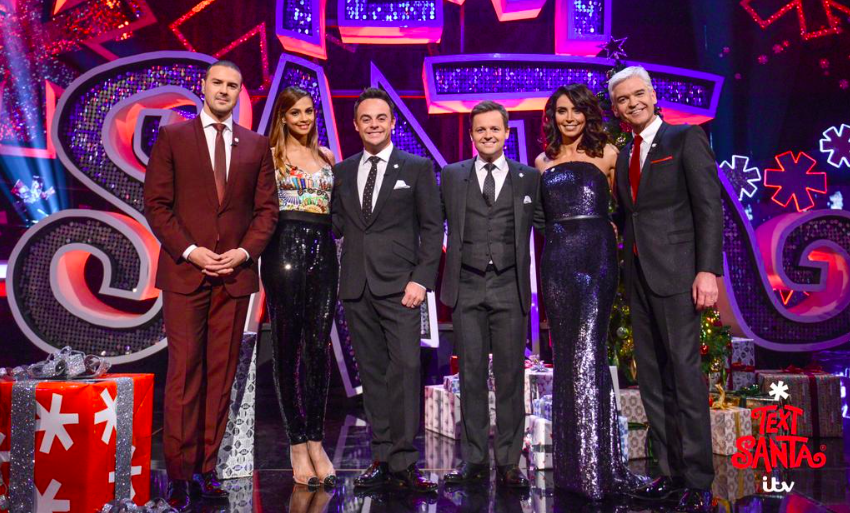 The charity TV show raised £5,503,065 for 6 different charities during its big TV campaign on Saturday night.

The show saw McBusted take on some jungle tasks, George Clooney star in a special edition of Downton Abbey and Alesha Dixon and Paddy McGuinness take on each other in a rap battle.

There were music performances from Olly Murs who sang ‘History’ and Ben Haenow who sang his winner’s single ‘Something I Need’. Meanwhile McBusted closed the telethon with a rendition of ‘I Wish It Could Be Christmas Everyday’.

Popular ITV shows got in the festive spirit including The Cube which starred Dixon, McGuinness and Keith Lemon.

“It’s been an amazing evening and I want to thank all the artists who took part and all the ITV viewers who have both donated to and got more involved with the charities as a result of Text Santa.

“It’s all about raising awareness of the work of these excellent causes and giving viewers an evening of top class entertainment in the process.”

Each of the six charities which the Text Santa money goes towards were chosen by celebrities:

Holly Willoughby: Together for Short Lives