Miranda Hart didn’t hold back on the tears of the last two episodes of her BBC One sitcom ‘Miranda’. 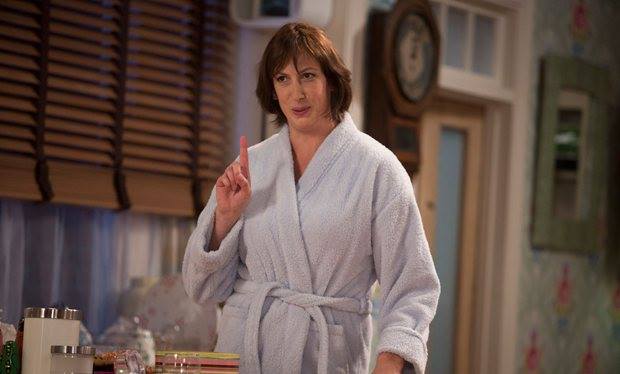 Miranda has revealed the tears we’re seeing in the last two episodes of his sitcom were in fact real, and no special makeup or effects were involved.

The comedienne, 42, has announced that the sitcom is ending, with the first of the last two episodes airing on Christmas Day and New Years Day on BBC One.

According to The Sun, a source has claimed the entire cast and crew shed real tears as the cameras rolled one final time on the set.

Co-star Sarah Hadland said: “We filmed the last scene all in one take because we were very emotional. We’ve been sworn to secrecy about what happens.”

Will Miranda decide to marry Gary (Tom Ellis) in the end? Or has he given up on the whole idea?