Perez Hilton has upset more than one housemate in tonight’s Celebrity Big Brother. 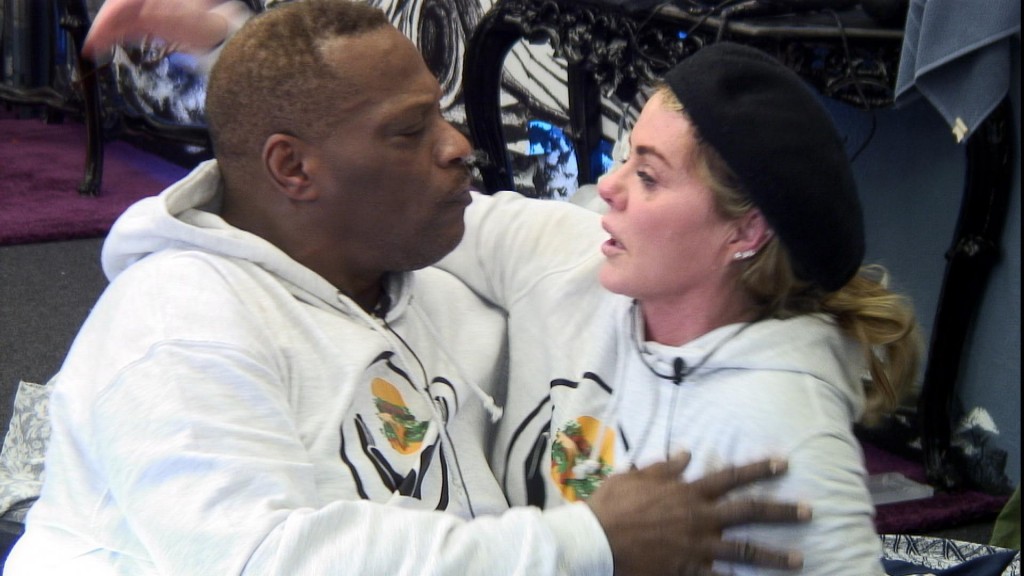 Perez has already been warned by Big Brother today for his ‘threatening comments’ towards Ken Morley, before Ken’s boot from the show.

In the kitchen, Patsy remarks that she loves Alexander and wants him to take her to Crenshaw. Perez explains that some people may find her comments offensive as it suggests that Alexander can take her “to the hood”, but Patsy maintains that her comments stem from an earlier conversation with Alexander and her love of hip-hop music.

Following her conversation in the kitchen, Patsy comes to speak to Big Brother. She describes it as her “worst nightmare” and explains that “it would really break my heart” if people took her comments badly.

While Patsy is in the Diary room, Michelle advises Perez in the garden that he needs to let other people get involved more and questions why he always has to be the centre of attention. Perez admits that he’s used to being in control and a lot of what he does “is out of fear” Katie suggests that he should listen when people tell him that he’s being a “tw*t”.

In the bedroom, a tearful Patsy talks to Alexander about her earlier conversation with Perez.

Alexander reassures Patsy that she hasn’t done anything wrong.

Watch Perez get his warning and the drama with Patsy on Channel 5 at 9pm tonight.