Alicia has been left ‘in tears’ after stealing two bananas from the store room, but Nadia’s there to comfort. 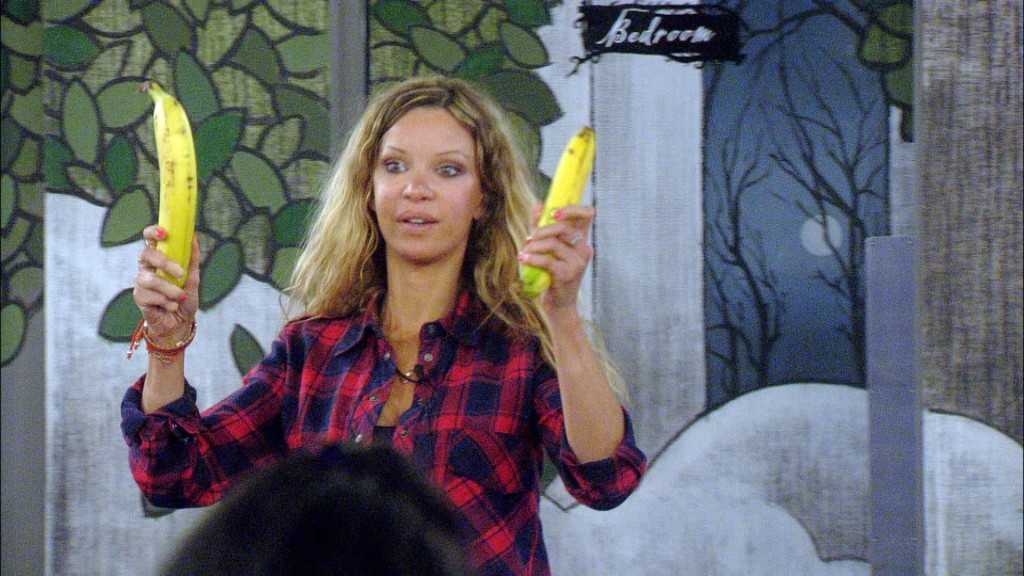 In tonight’s show the house goes into a ‘banana-gate’ frenzy after Alicia stole two bananas from the store room and put them under her bed.

Michelle saw Alicia steal two bananas and told the other housemates of the crime.

Housemates Katie, Cami Li and Chloe went on a search to try and find them but couldn’t, so the group talked it out loudly about the banana crime and shamed Alicia into confessing her fruity sin.

Alicia then returned with the bananas to the group and Calum offers Alicia his banana instead, because Calum’s that nice.

Katie is still not satisfied and Alicia says: ‘For f*ck’s sake, keep the banana.’

Alexander then comments to Kavana and Calum that the house needs a villain and that they should help that along.

Later on in the day Cami Li brought up the bananas again to Alicia in which she doesn’t want to talk about it again.

Perez spoke to Big Brother in the Diary Room and said that ‘Katie is pushing everyone in the house, especially Alicia and that she will take Ken’s leaving as an opportunity to take centre stage’.