Four celebrity housemates have been confirmed to face the first live eviction on Friday. 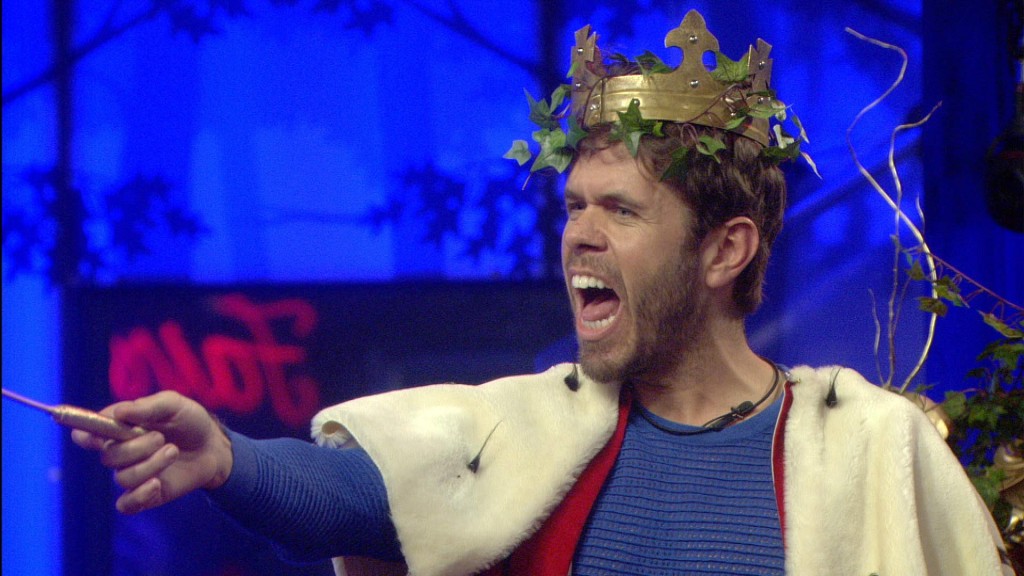 In tonight’s show, Big Brother has laid on a royal banquet for the King, Queen and their Court Jesters, where they discuss which four housemates will be up for nomination.

Perez says that he would pick Cami-Li if she wasn’t immune, to which she responds “Fu*k off.” She also observes that she “can see why he has no friends” but Perez is adamant that the British public will love him.

Big Brother calls the Housemates together and Perez and Cami-Li must place the curse of nomination on four Housemates:

Following nominations, Nadia remarks to Perez about Katie, “I don’t want to be breathing her air”. Katie says Perez and Nadia are “so thrilled with themselves” and discusses with Keith their definite “game plan”. Nadia says she is “not going to discuss anything with Katie Hopkins.”

Alicia remarks to Katie that “she feels sorry for her”, her comments were “ignorant” and that she had not taken the time to get to know her. 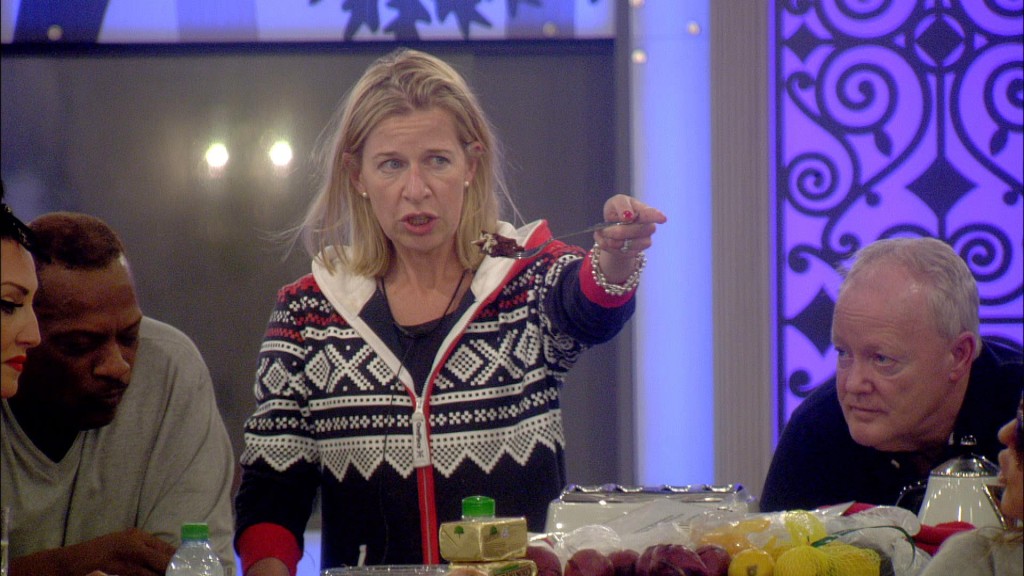 Later in the day, nominated Housemates Chloe and Michelle discuss the eviction in the bedroom. Michelle remarks on Nadia and Perez that she “buys his fuc*ing bullsh*t” adding “Game on bi*ch”.

In the bathroom, some of the Housemates discuss nominations. Alicia remarks to Cami-Li, “I can’t listen to your voice, it’s too shrill” before leaving the room, which infuriates Cami-Li shouting about Alicia “You suck at life, “f*ck off you f*cking b*itch”.