Erm. This is just weird, Perez.

Perez Hilton has done something quite shocking to grab the camera’s attention. 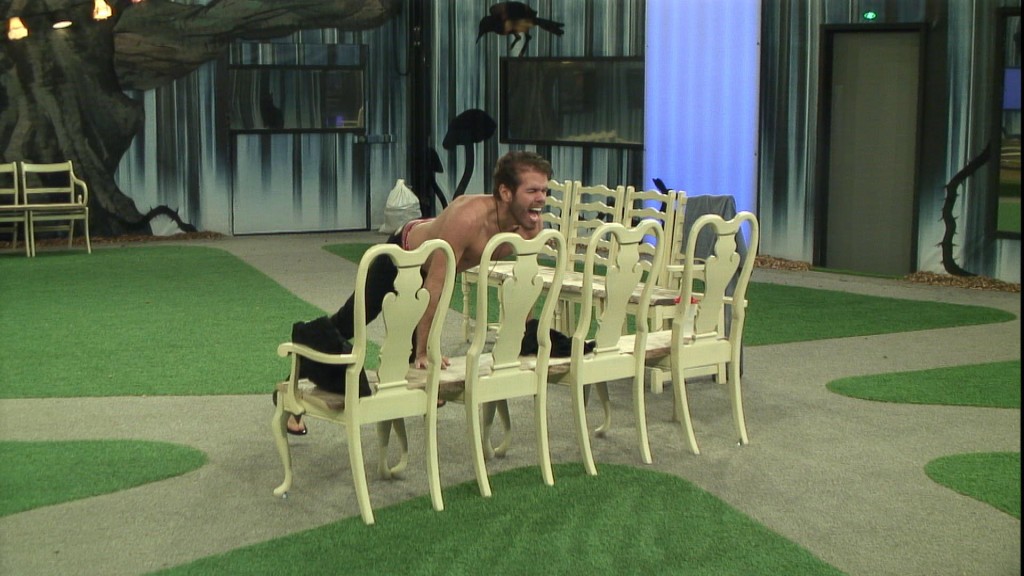 In tonight’s show Perez is entertaining himself in the garden, dancing topless on the chairs, singing “I’m playing the game right now and I’m playing it so well”.

Chloe is watching from the bedroom and says to Cami-Li “You’ll never believe what that d*ckhead is doing right now”, to which Calum responds “That’s a bit harsh”.

Cami-Li says that Perez “preys on the weak” and Nadia tells them to “ignore him, if he winds you up, he wins”

Perez then makes sexual sounds and thrusting movements on the chairs, while he continues to dance and skip around the garden singing to himself “This is driving them insane, and I don’t give a f*ck”.

The conversation about Perez continues in the bedroom and Nadia tries to keep the peace saying, “people are just made in different ways” and “he’s just outrageously camp” Chloe says, “I’m entitled to my opinion” and Nadia agrees, but goes on to defend Perez saying “I haven’t seen Perez actually be unpleasant to you all day”. Cami-Li thinks that Perez has used Patsy and Alica as “pawns”. 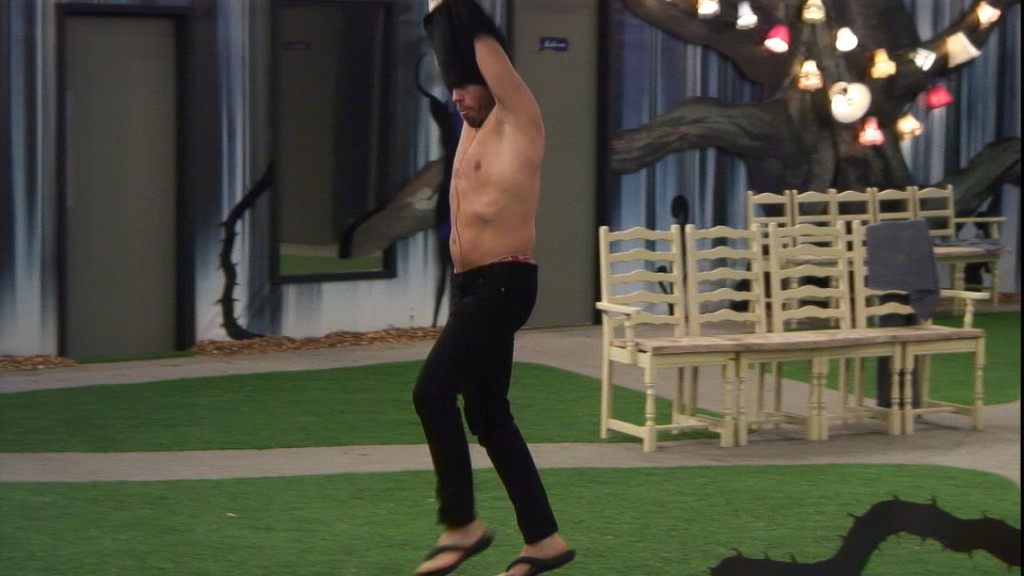 Perez is laughing hard with Keith in the garden about the reaction he hopes his actions will be causing.

In the bedroom the discussion about Perez becomes heated between Nadia, Chloe, Cami-Li and Alicia. Nadia says it’s unkind that Cami-Li and Chloe say “The only reasons people want to know Alicia is for manipulative reasons” Patsy notices that Nadia is stressed so walks over to her bed and gives her a hug.

Perez exclaims to Keith “I’m a producer’s wet dream!” and that “they are jealous it’s the Perez show”. He then goes on to say “I’m saying I’m not playing the game, but maybe I really am”.

Celebrity Big Brother continues tonight with a live eviction and a new celebrity housemate will enter, Channel 5 at 9pm.