Celebrity Big Brother 2015: Housemates are punished for talking about nominations!

The housemates in Celebrity Big Brother have been punished for talking about nominations. 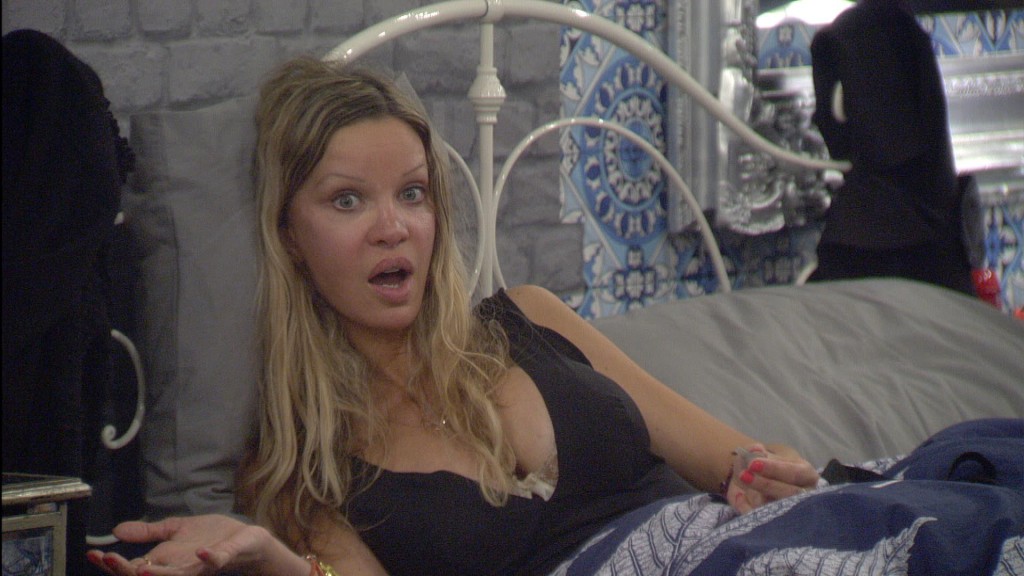 Alicia wasn’t happy about being up for eviction, saying: “Whoever voted for me, you’re a f**king b***h.” She thinks the housemates that probably nominated her were Calum, Michelle and Cami Li.

Later on in the day Alicia accused Calum of nominating her and he surprising admitted that he did.

“Big Brother takes rule breaking very seriously. As a result of Alicia and Calum’s conversation, housemates will no longer be able to use the hair dryers and straighteners until further notice.

“This will include preparing for tomorrow night’s [Tuesday] live show.”

The housemates don’t actually know this yet for Tuesday’s eviction has been cancelled due to Alexander O’Neal leaving, instead there will be a live twist.