The Voice comes to us again on Saturday where we see the panel which consists of Will.i.am, Rita Ora, Tom Jones and Ricky Wilson battle it out again for a third week to secure the best voices onto their team of 12. 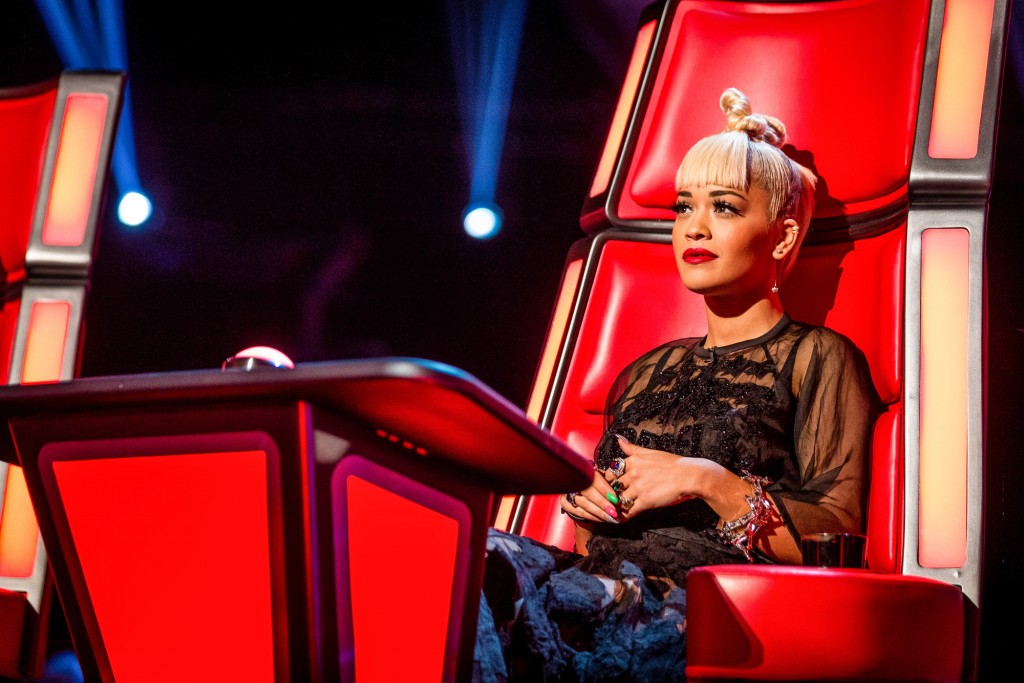 Much to Tom Jones’ delight, a lot of the singers on Saturday’s show are from Wales – including a former youtube sensation Esmee Denters who previously singed onto Justin Timberlake’s record label.

Here are the contestants which will be included on episode 3 of The Voice UK:

Firstly we see 25 year old cleaner Stephanie Webber from Wales who will be singing ‘Mama’s Broken Heart’ by Miranda Lambert. Her job at the moment includes her cleaning toilets, making coffee and protein shakes where she would much rather be singing for a living. Her talents don’t end at singing however, as she has a black belt in Korean kick-boxing and can do some amazing Gavin and Stacey impressions. She currently spends her time living between her girlfriend Sarah and her parent’s house.

Singing ‘Waves’ by Mr Probz is Josh McDonough who is only 19 years of age and from Epson. Josh started rapping only eight months ago, but has taken to it well. He hasn’t just got talent in music though, as he used to swim competitavely for 13 years but found himself falling out of love with it after too many hours of training but was successful making it to the nationals and now teaches swimming to children. The Beach Boys are one of his favourite bands and he’s seen Brian Wilson live six times. 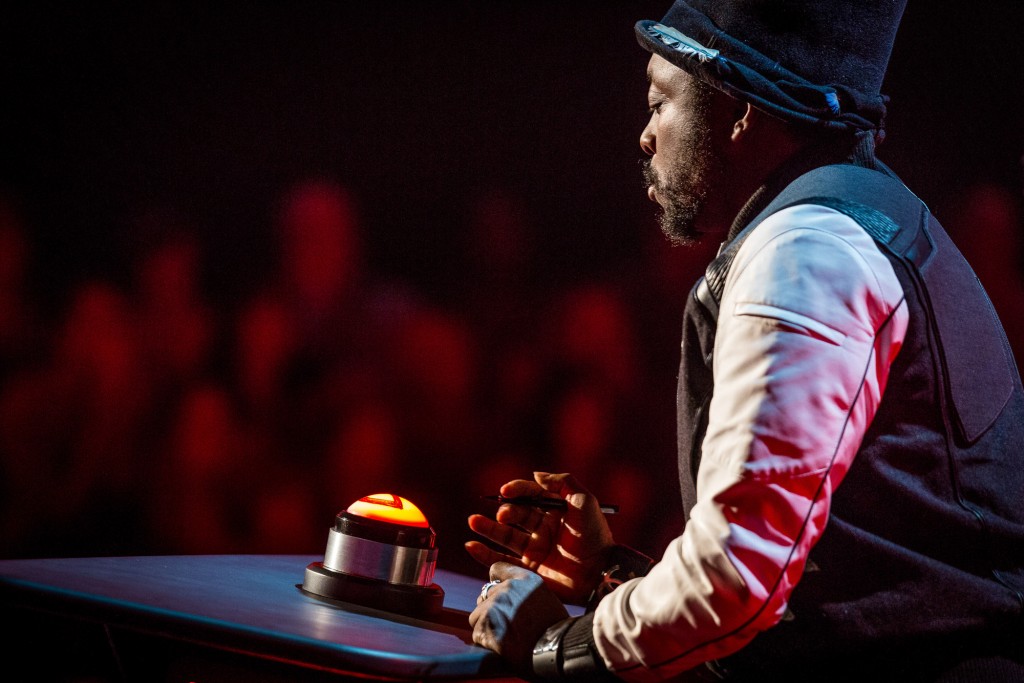 Otty Warmann, 32,  is a former professional basketball player who played internationally in places such as Morocco, Belgium and Italy. Unfortunately, he had to stop playing due to having four knee surgeries which forced him to reevaluate his career and now he is a supply PE teacher which allows him to follow his dream of having a music career whilst being less strenuous on his knee. Otty has the pleasure of stating that he has sang with the legend Amy Winehouse, where she crashed his performance at the Jazz Café and came on too early. On Saturdays show he will be singing Labrinth’s ‘Express Yourself’.

Joe Woolford is from North Wales and 19 years old who sings ‘Lights’ by Ellie Goulding. He’s currently working as a PE assistant at his former secondary school and finds it rather strange to now call his colleagues by their first name! Joe’s been singing in choirs from a very young age where he then turned to rapping at 13 and gained quite the fanbase, and was known as ‘Ruthin Rapper’. However he has now ditched the rapping to focus on his singing which he is very passionate about. His favourite music eras are the 80s and 90s where he even has a tattoo of Bob Marley’s ‘Redemption Song’ on his arm. Woolford is known for being a local hearthrob and admitting “everyone knows me in the community” meaning he has a great set of fans ready for this The Voice debut this week.

Belfast singer Daniel Duke, 24, will be performing ‘I’m Gonna Be (500 Miles)’ by The Proclaimers on the show. Daniel’s twin brother James, who previously made it to The Blind auditions, is also a musician and they often write songs together and perform with each other’s bands. All his family in fact are very musical, and they get together to have a jam session. He works as a freelance Graphic Designer during the week, but found his first taste for performing by busking on the streets of Belfast.

31 year old Shirley Marie from Yeovil will be performing a Dolly Parton classic ‘Here You Come Again’, and as a busy traveller, she sees singing as her chance to relax beside all the washing and cleaning. She has three children and lives with them and her husband in their mobile home and often likes to invite her family and friends over for a bit of karaoke – she isn’t the only singer in her family though, as her husband sings and her children also see a large interest in music too. Shirley Marie feels at 31 she is running out of time and sees The Voice as one of her last chances to make it.

Lady Gaga tribute act Liss Jones is 24 from Merthyr Tydfil who works as a delivery car parts driver for her Dad’s mechanic car business who admits she gets a lot of strange looks and comments in the transit van! Her father is her number one fan who helps her during the weekend with her tribute act. At the young age of 12, Liss was Billie Piper on Stars In Their Eyes and sang ‘Because We Want To’. She was entering competitions much earlier however, winning a singing competition at a holiday park in Newquay at two years old where her Father had to hold the microphone for her. On the show we will see her performing ‘Dark Horse’ by Katy Perry.

Performing a Taylor Swift and Fall Out Boy mash-up is 24 year old James Duke from Belfast who will be singing ‘Love Story’ and ‘Sugar We’re Going Down’. He still lives at home with his parents and works at his Dad’s Volvo car dealership. His twin brother Daniel is also auditioning and James jokes that the only reason why he has entered the show is to beat him. The pair often get together when Dan is back over from Edinburgh. James got into music at an early age when his dad bought him and Dan a guitar and when they were younger they used to argue a lot who would have a go on the guitar. 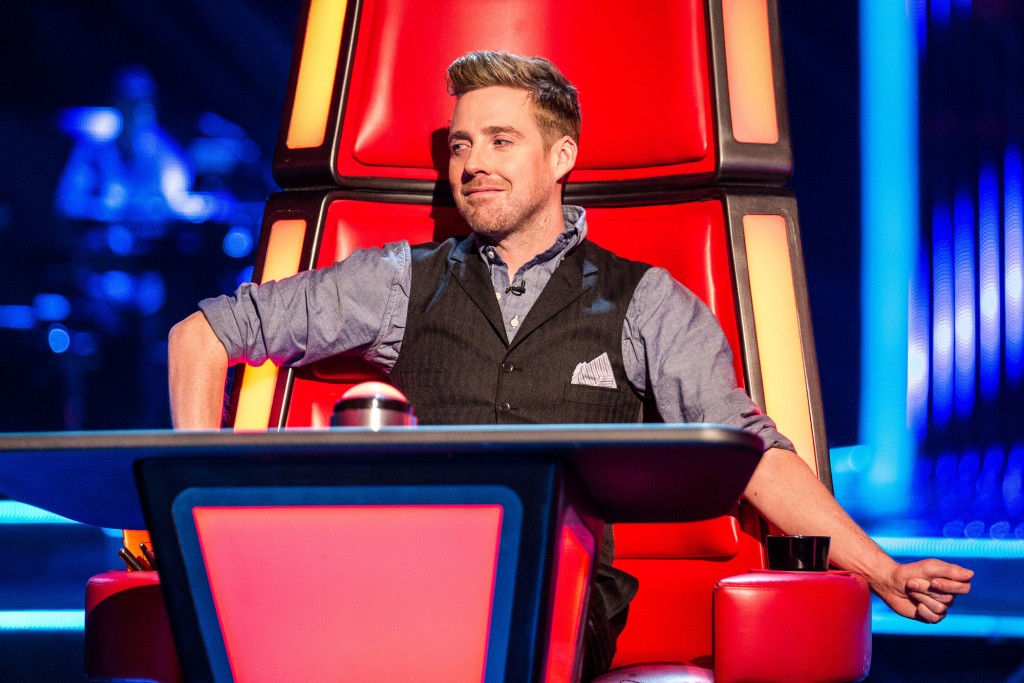 Dene Michael, 57 from Leeds, will be performing to the super star coaches on Saturday, who is a lead singer of the party group Black Lace who has had hits with ‘Agadoo’, ‘Lets All Do The Conga’, ‘Superman’ and ‘I’m The Music Man’. He still to this day performs all around the country with Black Lace and loves it. Dene has a regular slot on local radio station Minister FM in York where he plays all the 80s dance tunes on a Saturday night. Him and his wife got married to an Agadoo themed wedding, where she walked down the aisle to ‘Agadoo’, got all the guests to wear Hawaiian shirts, walked out of the ceremony to ‘Lets All Do The Conga’ and their first dance was ‘Superman’! The pair met in Benidorm where Dene was working in a Take That Tribute act. He will be singing ‘Never Give Up On A Good Thing’ by George Benson.

Coming from London is Emmanuel Nwamadi who performs Sade’s ‘Sweet Taboo’. The 23 year old Nigerian is currently studying Commerical Music Performance at University of Westminster. He likes to practice his singing and guitar playing every morning but has been banned from doing it in the house as he gets up so early and tends to wake everyone up so he now results to performing in the park at 6-7am to get the practice in! Weirdly, he first found love from music from his Nintendo Video Game Console as a child because he liked the music which inspired him to start singing and listening to bands such as Nirvana. Emmanuel has named his guitar Rose and describes it as his wife.

The last act we see performing on Saturday is huge YouTube sensation Esmée Denters, 25 from London, who has over 138 million hits on the video streaming site. She signed with Justin Timberlake and got a top 10 hit with her debut ‘Outta Here’ and was on The Oprah Winfrey Show whilst promoting her debut album. At this point of her career, she managed to get connections with Chris Brown, Kelly Rowland and Stevie Wonder. Unfortunately, she was dropped by her label in 2012 and since then hasn’t given up entirely on her musical ambitions and wants to show her 130,000 twitter followers exactly that. Esmée is singing ‘Yellow’ by Coldplay.

Check out our gallery of Saturday’s show:

Episode 3 of The Voice UK hosted by Marvin Humes and Emma Willis will be shown on 24th January, BBC One at 7pm.