Celebrity Big Brother 2015: Alicia Douvall is the second housemate to be evicted!

Alicia Douvall has been evicted from the Celebrity Big Brother house tonight during the second live eviction. 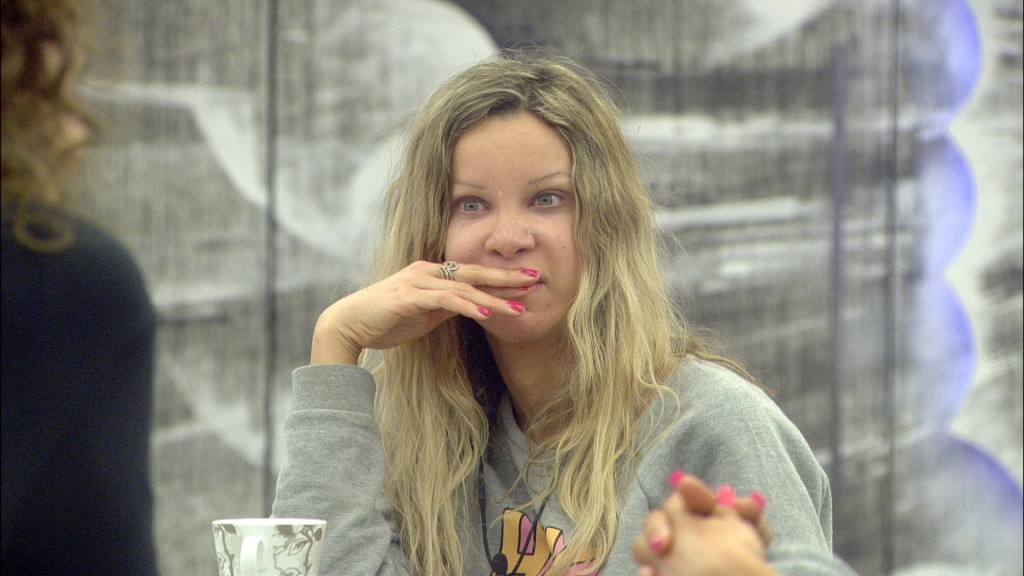 After a crazy week in the Celebrity Big Brother house, we saw Alicia Douvall leave after receiving the fewest public votes.

In tonight’s show we saw Perez Hilton open up about his personal life: ‘I’ve stopped viewing celebrities as friends.’ He explains it’s better to view the as acquaintances and Nadia agrees saying that he needs to keep ‘professional distance’.

He adds that his friendship with Lady Gaga ‘didn’t work out’ and that he is still friends but no longer close to Katy Perry and says that during her divorce from Russell Brand he didn’t call her and ‘ask for the real scoop’ as that would have made him ‘feel gross’.

Perez said to Katie Price that he thinks Calum would of gone tonight. Katie Price said: ‘I’ll feel pretty shit then.’ Nadia comments that she doesn’t think he will go due to the ‘possibility of romance’.

Emma asked how it feels to be out and Alicia said that she really enjoyed her time and is “gutted to be out” but looking forward to seeing her children.

Emma talked about Perez being one of the most controversial Housemates but Alicia admitted that she found him “entertaining”. Alicia was then shown who nominated her for eviction and she admitted “I am a little bit surprised by Michelle…she never said that to my face” She then admits that she “had problems” with Calum from day one.

The conversation then moved onto Katie Hopkins and Alicia said, “It was very stressful because she said things that were disgusting, in my view” Emma remarked that Alicia always stuck up for herself and she admitted it was “because we were stuck in the House together…I just decided I had to let it go. It did turn into banter…In a warped way, we got in in the end”.

Alicia then said that she would like Nadia and Keith to win.

Alicia’s leaving pictures in our gallery: