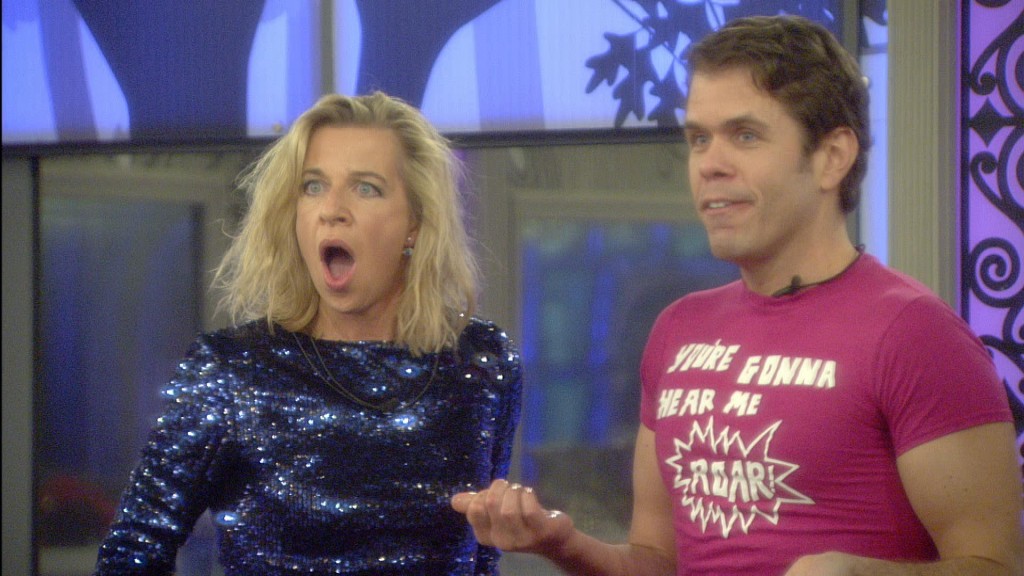 Today housemates had to nominate face-to-face resulting in four housemates up for the latest eviction.

Big Brother gathered the housemates on the sofas this evening to announce the latest twist in the nominations process.

Katie Hopkins was excited about the latest twist, saying: “It’s better, it’s better”. While Calum described the situation as “brutal”.

Each housemate had to select two other housemates to nominate, before standing up and explaining their reasons why they’ve nominated them, although Perez couldn’t be nominated as he faces every eviction after his personal twist was put in the public’s hands.

Who do you want to see leave in Friday’s eviction? Vote below: