Katy Perry pulled out all the stops last night during her epic Super Bowl 2015 performance. 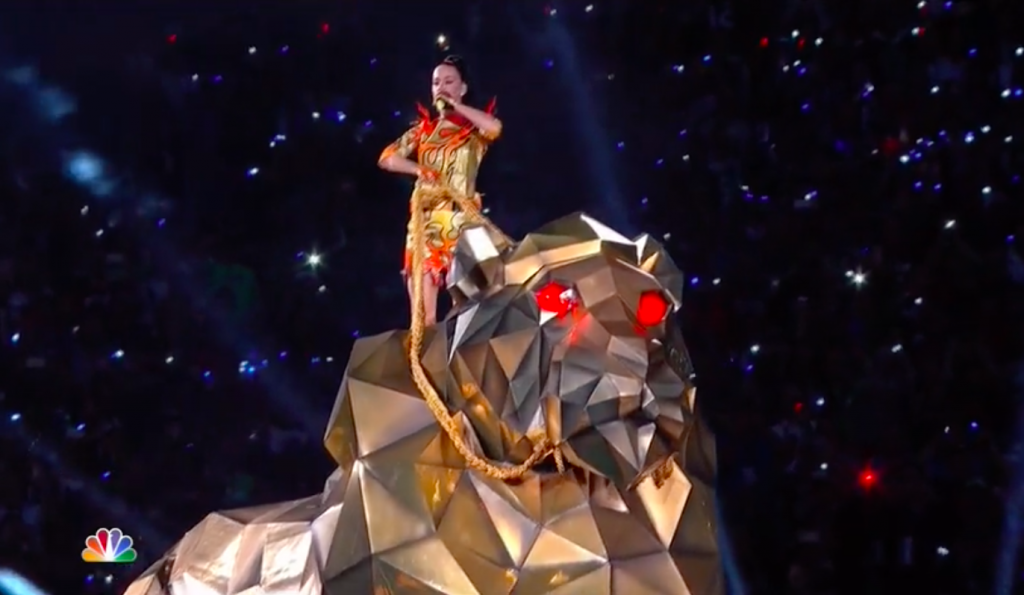 Katy Perry used a giant tiger to make her grand entrance last night in front of millions of worldwide viewers (including the UK).

Katy Perry performed a 12 minute concert to the world starting with ‘ROAR’ and ending with ‘Firework’ as actual pyrotechnics exploded above the arena.

“Even if you weren’t a fan of Perry’s music, you had to be impressed with her spectacle,” agreed USA Today.

The New York Times said she “held her own, navigating a handful of her smashes and three wardrobe changes in a performance that resisted bad mood”.

Watch the stunning and unbelievable performance below: