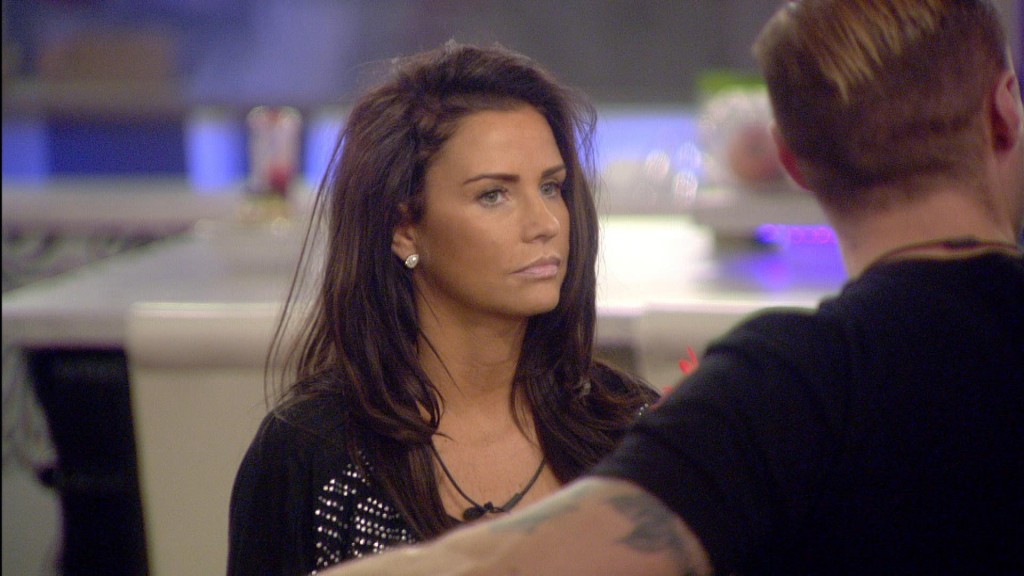 In tonight’s Celebrity Big Brother 2015 final, we see highlights from yesterday in which Katie Price left the house.

After issues with Katie Price’s recent breast surgery, Big Brother has organised for Katie Price to leave the house so she can attend a medical consultation.

Having told the other housemates about this, Katie tells Keith she feels like there is an atmosphere in the house and that people are talking about her.

She feels like they would all prefer if she did leave the house for medical reasons as it would mean better chances for the others.

Katie Hopkins walks in and tells Katie Price that she hasn’t been here since the start so she doesn’t need to stay till the end anyway.

Katie Hopkins returns to the bathroom and tells Michelle and Calum what she overheard. She says that she is putting a TV show before her health which is wrong.

Katie Price returned to the house later that day and will appear in the final tonight.