Michelle has been evicted from the Celebrity Big Brother house!

Michelle Visage is the first celebrity to be evicted in tonight’s live final, finishing in 5th place! 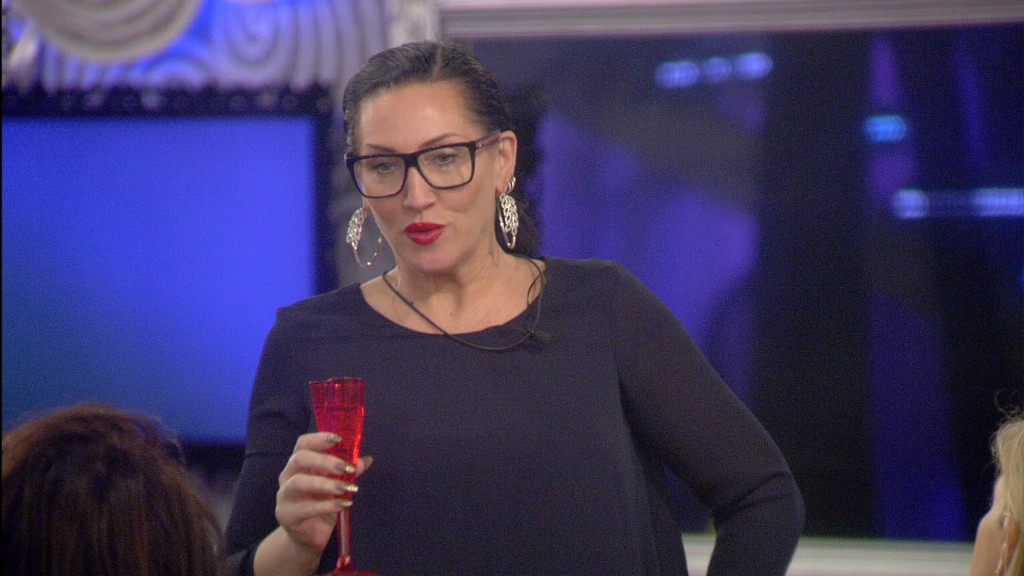 All throughout the experience, Michelle has been determined to reach the final and exclaimed her happiness yesterday saying she was proud to have reached the final.

During her time in the house, she has been fighting to represent gay rights claiming that she was disappointed  with Perez for representing the gay community in a bad way.

Whilst talking to Emma she described the series as ‘hell’ but expressed her love for Katie Hopkins even though she did admit that she disagrees with most things that Katie says. In addition to this, she told Emma that she hopes that Katie will win, although she also said that Callum was her rock in the house.

Katie Hopkins, Keith Chegwin, Callum Best and Katie Price still remain in the house in the race to walk out of the house as the winner of Celebrity Big Brother 2015.

She told Emma that it’s a “huge coo” to make it to the final and added,” I feel very blessed, honoured and humbled.”

Emma then asked if the experience lived up to her expectations and Michelle admitted, “This was hell compared to all the others…Leo Sayer, Gary Busey…they ain’t got nothing on this series!”

When asked if she had a strategy, she maintained that she wanted to be herself and support her cause.

The conversation moved on to Perez, who Michelle described as “Lord Voldermort” and observed, “he has been completely in Katie Price’s you know what…he was just in there to make a name of notoriety for himself”

On her “best mate in the House”, Katie Hopkins, Michelle admitted “what she tries to do is good, her execution is horrendous…she’s right, I’m left and there’s love in the middle” She added “I do believe the friendship is real”, and that they bonded over their love of the gay community.

Michelle then discussed the time she had to leave the room when Katie Hopkins and Perez were being friendly and says, “I could not sit there and watch it…she knew what she did was not right…she got it”

Michelle ended her interview by saying that she is “Team Katie all the way!”

Keep with TwitCelebGossip for all the latest Celebrity Big Brother news.