Keith has been evicted from the Celebrity Big Brother house!

Keith Chegwin has been evicted from the Celebrity Big Brother 2015 house coming in 4th place. 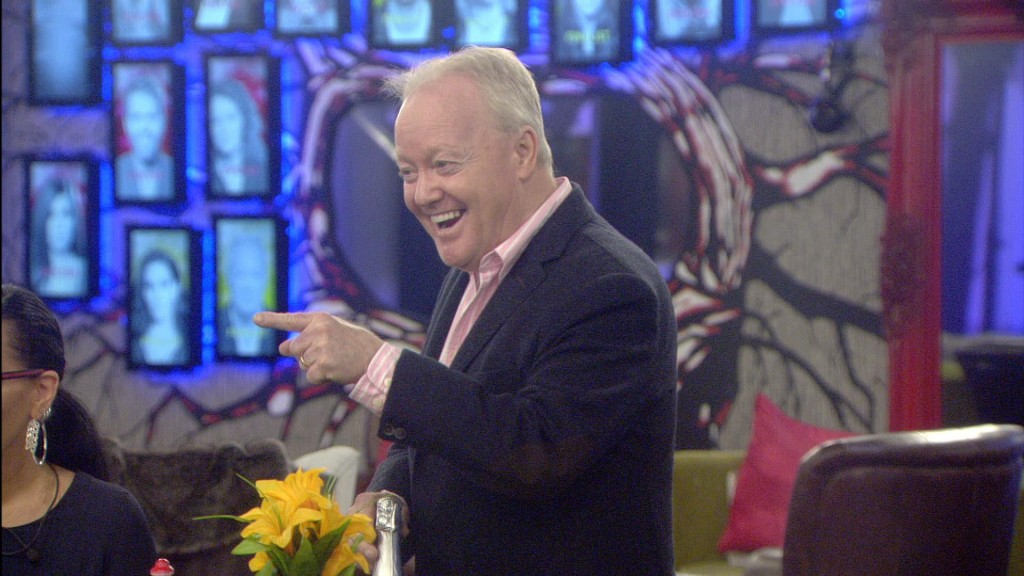 Tonight was the final of Celebrity Big Brother 2015 and first out the doors was Michelle Visage.

Keith has been a very quiet housemate until the coming days of the final where he really let us know his thoughts.

When interviewed by Emma in the Orb she asked him about his experience in the house: “I’ve always thought it would be great to be on Big Brother and that I would have loved to be on…It has been a nightmare, but I’ve actually quite enjoyed it… 70 per cent hell and 30 per cent brilliant…I kept myself busy”.

Emma asked Keith how he coped emotionally in the house: “There were points in the house when I thought it was hard, but I’m one of those people who goes away and thinks about quite a lot. I was accused of being Mr Switzerland, but I’m happy talking to everybody. I sat on the fence until it was right not to. It annoys me when people take the pee out of me, it annoyed me and there was a lot of acting going on.”

On his incident with Kavana: “When you have somebody who is drunk all the time, you try and protect people and look after them. I wanted to look after him with kid gloves and I didn’t like him getting into that sort of state. It affected me that he swore but it was his drunken moment and I got over it”

On Hopkins Vs Hilton: “It was like watching ping pong…It really was crazy…Perez I could not believe. He disappointed me and I don’t want to know him. His rudeness and cruelty towards other people…I’ve washed my hands of him.”