Joey Essex has won Channel 4’s ‘The Jump’ 2015 after ski jumping to an impressive 17.5m, watch the winning moment here. 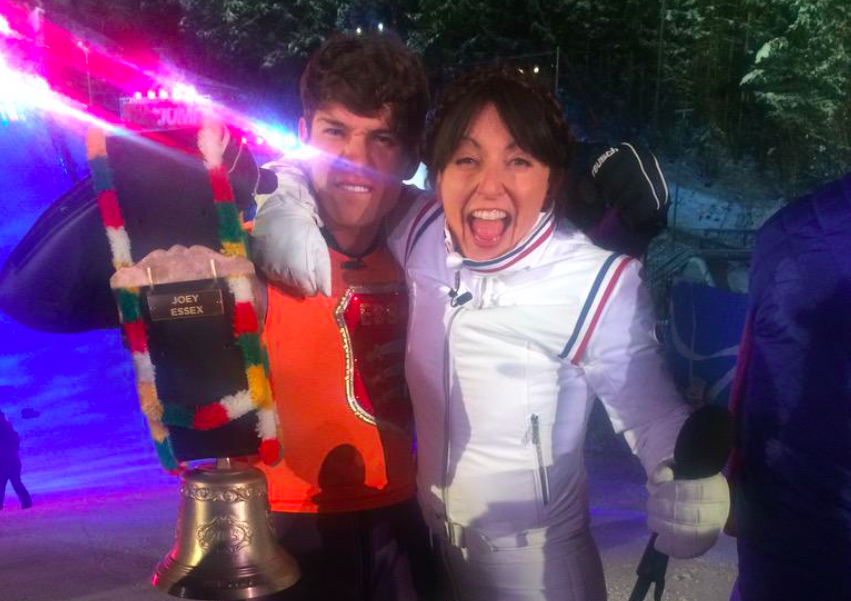 Tonight on The Jump, the competition was fierce from start to finish as the remaining six competitors battled it out to be crowned Jump Champion 2015 and take home the coveted Cowbell Trophy. Ultimately no one could out jump Joey Essex who flew to victory with a 17.5m ski jump.

As the final three – Louise Hazel, Joey Essex and Mike Tindall – headed back to the top of the jump for the final time. Louise H was up first and chose the biggest (K40) jump knowing this was her last shot to prove she deserved to lift the Cowbell trophy, she had a strong jump and landed 17m. Joey was up next with only his second live jump of the series, he wasn’t brave enough to take on the biggest jump but managed to leap and impressive 17.5m from the middle (K24) jump.

Mike was up next with the final jump of the series, he’d jumped 18m in episode one, but would he be able to match the series record? Going off the middle jump, he looked confident but it wasn’t enough as he landed 17m meaning Joey Essex was crowned Jump Champion 2015.