EastEnders went live again tonight as part of their special ‘live week’ – Read for a short summary of episode 2 and pictures of the live segments. 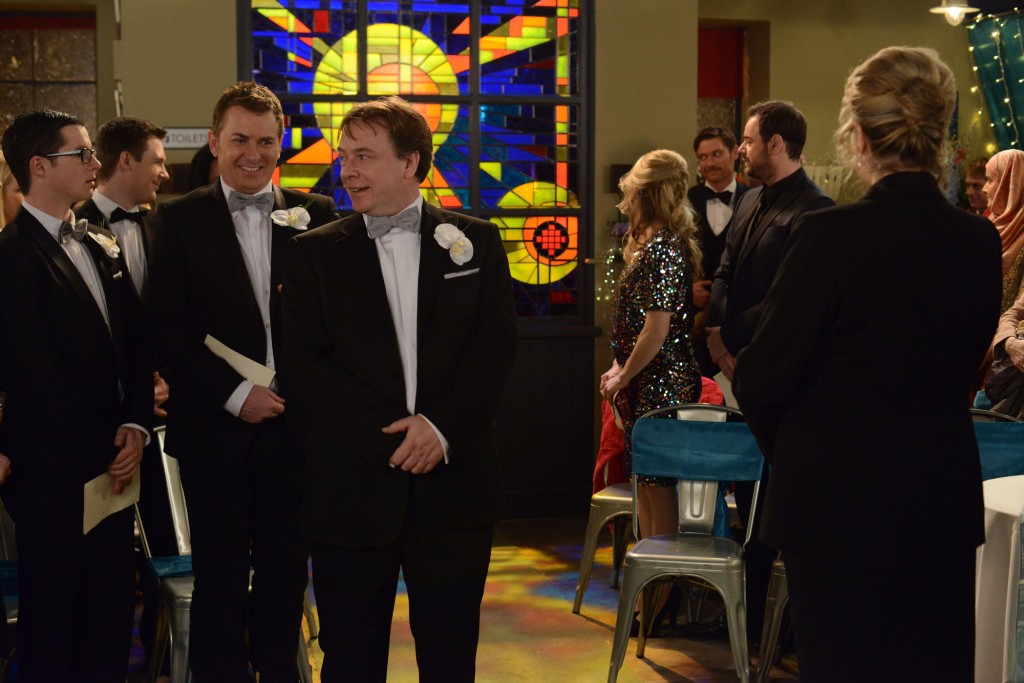 Tonight continued where it left off, Max (Jake Wood) revealed that his daughter Abi ‘killed Lucy’.

Abi said “I slapped her but I didn’t kill her,

“I didn’t kill her, but I wish I had” – So it seems another family member killed Lucy.

Jane (Laurie Brett) and Ian (Adam Woodyatt) finally got married tonight – but it appeared that Jane had second thoughts before saying her vows.

Who killed Lucy Beale? The killer will be uncovered in tomorrow’s show.

Check out pictures of tonight’s show below: