The BRIT Awards 2015: Madonna falls off podium backwards as cape gets stuck!

We hope Madonna is okay.

Madonna took a very nasty tumble down a podium backwards tonight during the closing of The BRIT Awards 2015. 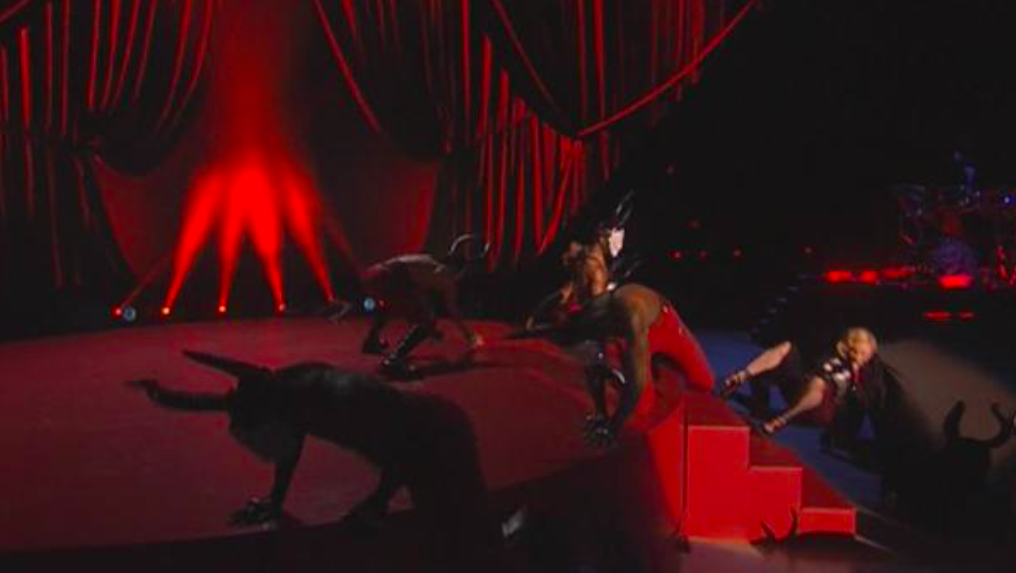 Madonna closed the awards tonight with ‘Living For Love’ – but during the start of the song a small stunt went terribly wrong and Madonna fell off her very high podium backwards.

Madonna wore a cape down the catwalk of The BRIT Awards and was seen struggling to take it off at the top of her podium.

As Madonna didn’t manage to untie the knot in time, her backing dancers pulled the cape hoping it would come off, but it didn’t.

Instead Madonna was pulled backwards down the stairs – but recovered as a pro to continue her performance. Watch the footage below:

Not the best of moments, but it was an unbelievably amazing performance.