All will be revealed in the Masood household next week as Shabnam Masood and Kush Kazemi’s secret relationship is brought to light. 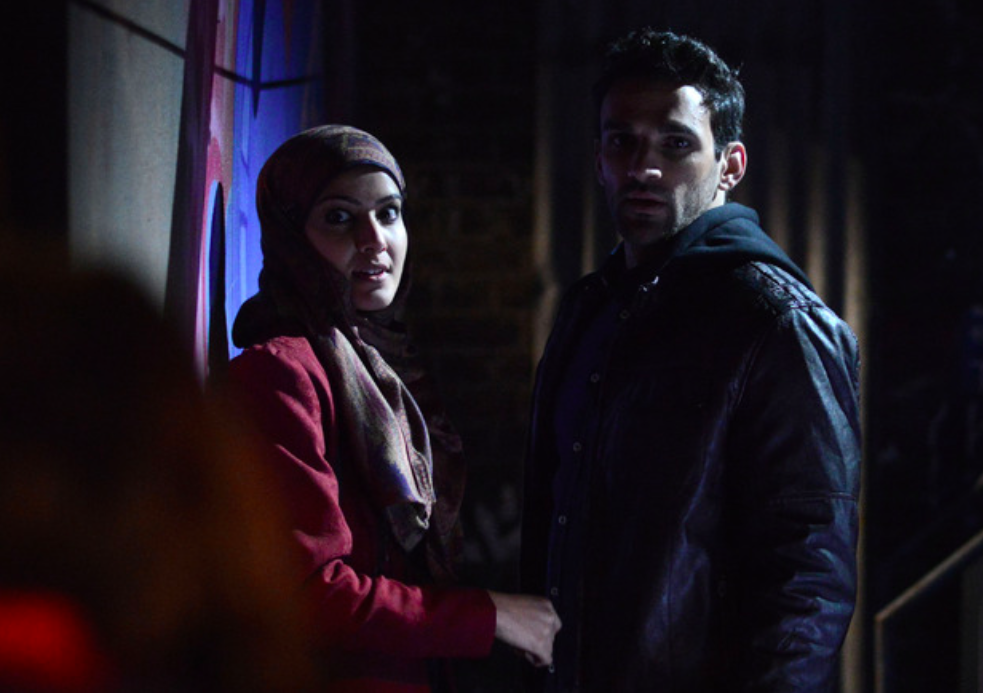 Shabnam and Kush started dating last month but have been keeping their relationship under wraps.

Next week, though Shabnam continues to insist on hiding their relationship, Kush suggests they head out of the Square for a romantic meal.

However, their plans are soon thwarted when Martin Fowler sees them at the tube station and invites them for a drink at The Vic, where they are then joined by Stacey Branning and Kat Moon.

As the night goes on, the pair escape and share a kiss outside but they’re spotted by Stacey.

The next day, Shabnam informs Kush that she is ready to tell Masood and Tamwar about their relationship, but after talking to Stacey, she then changes her mind.

Meanwhile, Kush decides to buy Shabnam flowers but is caught out by Donna Yates, who finds herself unable to keep the secret.

Later, at Shabnam’s Minute Mart leaving party, Donna tells a shocked Masood about Kush and Shabnam, but he manages to keep it to himself.

However, back at home, Masood is unable to hide what he knows, confronting his daughter about hiding her relationship with Kush.

Although angry at first, Kush is surprised when it seems Masood has accepted the idea, but it becomes obvious that Shabnam may have misunderstood Kush’s intentions…

Watch EastEnders next week to see the drama unfold.