5 brilliant tweets in reaction to that Madonna/Drake kiss!

If you haven’t heard, Madonna has been making headlines after her performance with Drake during this year’s Coachella. 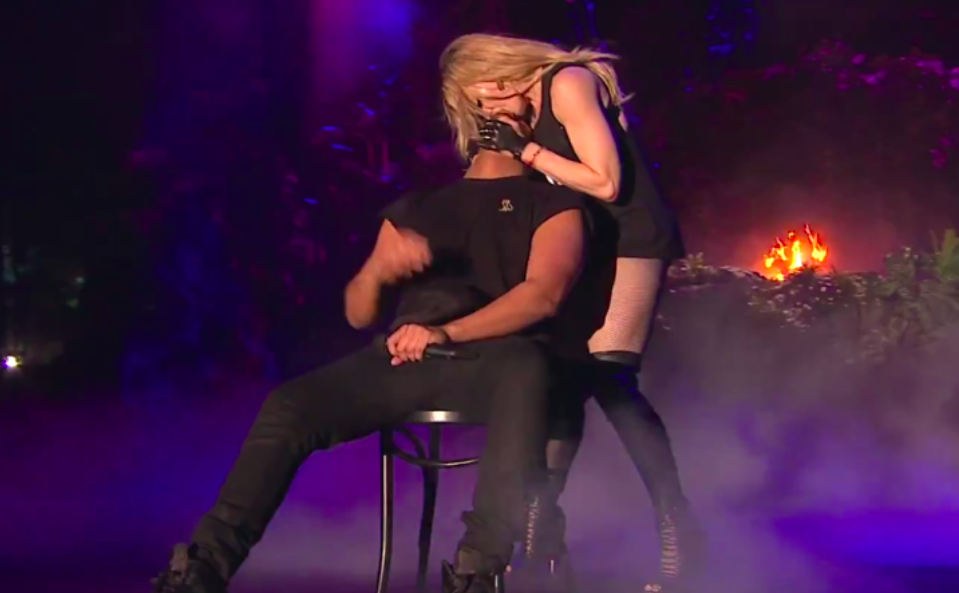 The 56 year old joined Drake on stage after he performed his track ‘Madonna.

While on stage, Madge decided to kiss Drake rather aggressively, said “I’m Madonna”, and then walked off.

Videos of the incident have been all over the internet and naturally, Twitter went crazy. People took to the social media site to express their thoughts in 140 characters or less, and there were some real comedy gems in the mix.

Some were appalled, others disgusted but most people just found it really, really funny.

It wasn’t easy but after laughing our way through the tag, we’ve narrowed it down to our top 5 favourite Madonna/Drake reaction tweets. Behold:

Drake's making that "this milk said it had another two days before it turned" face.

Drake before and after Madonna kissed him pic.twitter.com/zkJ1ZWMAtB

We shouldn’t really laugh but we kinda already did. Oops.

What do you think? Did Madonna ambush Drake? Or does it take two to tango? Is this more embarrassing than the ‘Cape Incident’ during The Brits?