Ed Sheeran teases his new waxwork: ‘He’s got a bulge’!

Ed Sheeran has teased his new Madame Tussauds waxwork saying it’s ‘all good’ because it’s got a ‘bulge’. 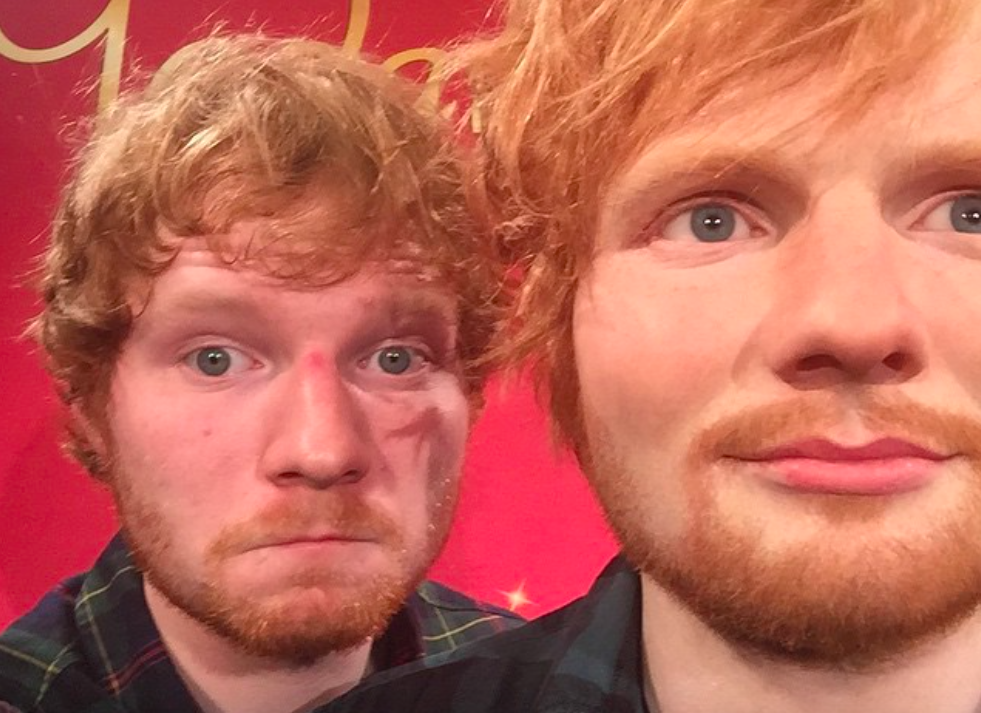 Singer and songwriter,  Ed Sheeran has attended the unveiling of his waxwork in the New York museum.

“They’ve even got my lazy eye in, it’s kind of pointing that way” when he saw his waxwork for the first time.

It’s not yet planned to make an appearance in Madame Tussauds London.

Ed took to Instagram saying: “Met my waxwork at Madame Tussaud, he didn’t say much but he’s got a bulge so it’s all good.”

Before seeing the waxwork, Ed said: “They put you in grey underwear and a grey vest and you stand there for two hours as strangers poke you.

Met my waxwork at Madame Tussaud, he didn't say much but he's got a bulge so it's all good

Victoria Beckham has finally explained why she turned down the Spice Girls reunion tour, admitting it took ‘a lot of courage’.
Read more

Waitress in London cancelled both shows on Saturday leaving audience members angry and out of pocket.
Read more

A revealing Ariana Grande 'Sweetener World Tour' documentary might be coming to Netflix this year, and it'll give fans an insight backstage.
Read more
Advertisement

Justin Bieber has released the music video to the record breaking new single 'Yummy' from his fifth album.
Read more

Peter Kay has had ‘no involvement’ with Channel 5’s documentary that airs tonight, his representatives say.
Read more

During a scene in the Gavin and Stacey’s Christmas Special, Nessa and Bryn performed an uncensored version of Fairytale of New York.
Read more

Gavin and Stacey co-writer Ruth Jones has hinted there could be future episodes of the hit BBC show following on from the Christmas special.
Read more

Fans of Gavin and Stacey have gone wild on social media as the Christmas special episode ended with Nessa proposing to Smithy.
Read more

Sleeping Beauty dubbed 'the Pantomime of your dreams' has arrived at the Regent Theatre in Stoke and it lived up to its claims. Featuring dazzling sets, and a perfect cast.
Read more

TwitCelebGossip is your source for all the latest UK entertainment news, as it covers breaking entertainment, showbiz and (reality) television stories.
Contact us: [email protected]

© 2020 TwitCelebGossip | All Rights Reserved
TwitCelebGossip and its partners use cookies and similar technology to collect and analyse information about the users of this website. We use this information to enhance the content, advertising and other services available on the site. Please click ‘AGREE’ to consent to the use of this technology. Click 'Read more' to manage your preferences.AGREERead more