Carriages crash at Alton Towers on The Smiler ride! 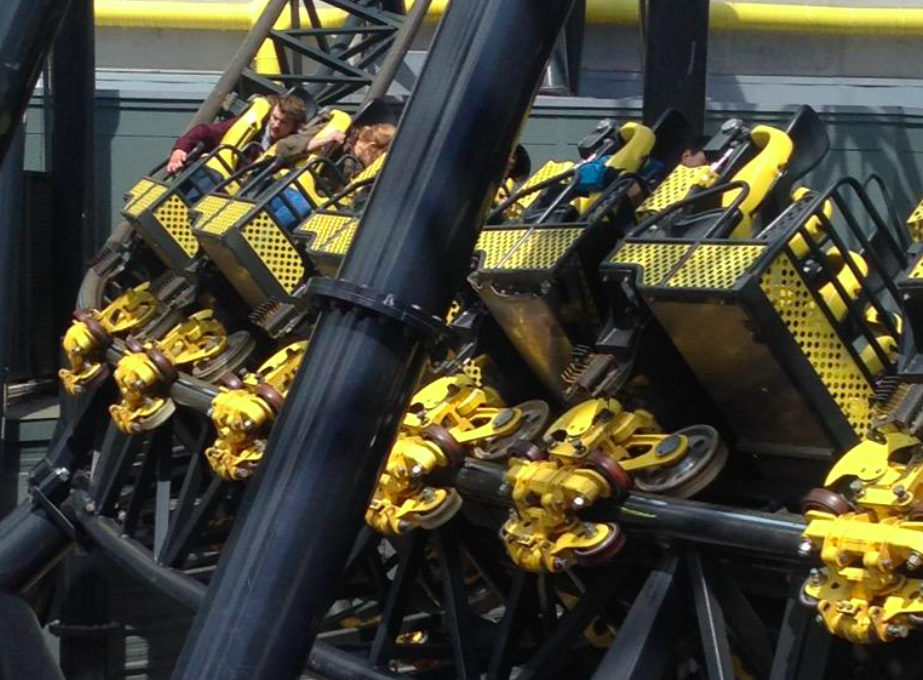 Sixteen people were on one carriage, the other was empty. It’s been confirmed that four teenagers – two male and two female – have sustained serious leg injuries.

Staff were evacuating the ride and surrounding area as an air ambulance arrived, in total four helicopters landed in the grounds.

People at the scene heard a big bang as the two carriages collided.

By the picture revealed below it seems that the empty car had stalled on the tracks and some how a full carriage had be sent, crashing into the back of the first.

Merlin Entertainment, which runs the resort, said in a statement: “There has been an incident on the Smiler this afternoon involving two carriages coming together on a low section of the track. One of the carriages was empty and the other had 16 guests in.

“The Resort’s fully qualified First Responders were on the scene immediately to assist with the evacuation which is ongoing, and the area has been closed to allow for access to emergency services vehicles. To ensure the safe and timely evacuation of guests a platform is being constructed. This will take a few minutes but will enable us to proceed more quickly.

“There will be a full investigation once we have recovered the guests who are our priority.”