The housemates have taken part in face to face nominates and discovered that Marc, Sam and Simon face the public vote this week, after receiving six nominations each. 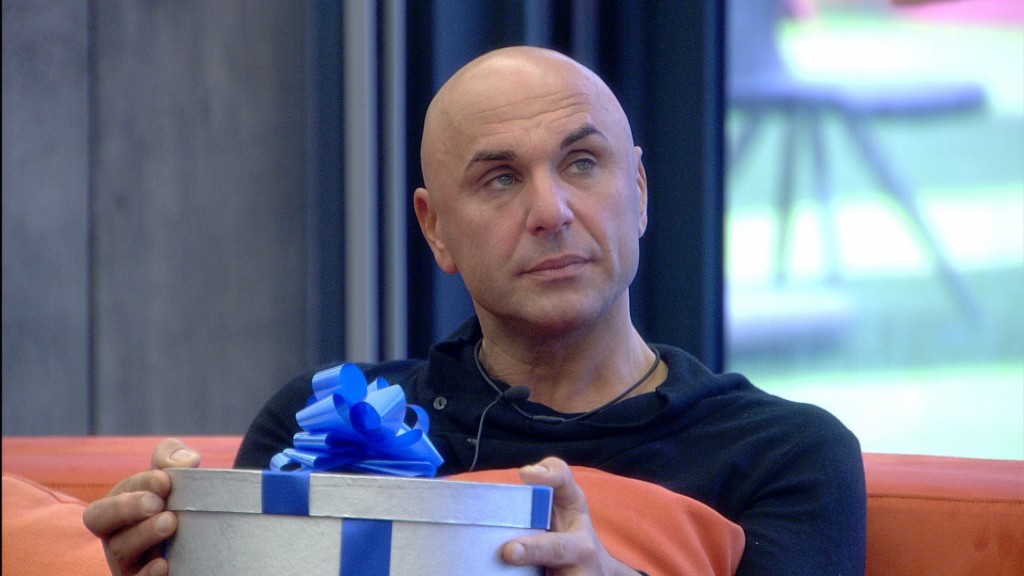 In tonight’s show Big Brother gathers the housemates for face to face nominations, although the housemates don’t know that Friday’s eviction is FAKE and a secret house is waiting for the evictee.

Marc is first and he nominates Harry and Joel, he said: “Harry is absolute headcase” and Joel because he’s “the only person who puts a bit of pressure on me.”

Joel nominates Marc and Sam because Marc makes him “feel uncomfortable when certain jokes are made and certain comments are passed about other housemates. I don’t think I can relax with you.” He nominated Sam because “I find it quite difficult in terms of the food situation. I find it quite hard when we’re on rations even on a luxury budget…”

Harry nominates Marc and Sam, saying “me and marc are just never going to get along. We have a lot of different values.” On nominating Sam, she said “Yesterday after Eileen went, and the comment she made were making me cringe. I think at times you can be disrespectful to the whole house.”

Chloe nominates Simon and Marc: “my first is Simon, understandably. I was really disappointed that I vouched for Simon and begged for him to be brought back and I was really let down when he turned on me and bitched about me behind my back.” On nominating Marc she said, “sometimes you make sexual comments and my toes curl, obviously the fat thing the other day – I thought you’d apologise but it got forgotten…Sometimes I think you can be a little offensive.”

Jack nominates Sam and Simon. Sam because “you can be a little disrespectful and sometimes you just think about yourself and not others.” And Simon because of “the way that he’s acted…devious behind peoples backs…saying I’m gonna leave, I’m gonna leave. It felt like it was attention seeking at the time and that annoyed me.”

Jade nominated Simon and Sam. On nominating Simon, she said, “we all really wanted you back in the house as part of our team and I feel like you let everybody down.” She nominated Sam because “I don’t have a connection with Sam. I don’t feel interested to sit down and have a conversation with Sam.”

Danny nominated Marc and Sam. Marc because, “I know people feel uncomfortable around you. When you get on the alcohol, it gets really offensive and I can see it upsets a lot of people.” Reason for nominating Sam is “I feel that you’re very disrespectful. I was very close to Eileen and two seconds after she was nominated you were running around talking about what you’d do when you get out of here.”

Sam nominates Joel and Simon. Joel “because he pis*ed in the sink and that is my reason. That’s where I brush my teeth and wash my face. I love Joel to bits, he’s my little Welshy…I’m really, really, really, really sorry.” Her reason for nominating Simon was, “it really broke my heart when we’d been best friends and out of all the people he said deserves the least to win, he said me and that upset me a little bit.” On being nominated, she said “it’s good to have a buzz of energy…I thought I was doing that. So sorry I let you down guys. So sorry.”

Cristian nominated Simon and Marc. Simon because “as we all know this week there have been a few issues where you have been acting differently in front of people and saying different things behind peoples’ backs.” He nominated Marc because, “your sense of humour is pretty f*cked up…you do say some things sometimes when you’re drunk, especially that could really offend people…sometimes you can be a bit unpredictable. It’s a bit hard to read.”

Nick nominated Simon and Marc. Simon because “I do feel like he was a little bit two-faced, he could be potentially playing a game in here and I find it hard to trust him.” He nominated Marc, “on pure controversy. I feel he’s said some jokes in the house that weren’t quite right. He’s caused some problems in the house.”

Simon nominated Jack and Harry. Jack because “maybe we’re very different people and maybe we don’t have a lot in common in the outside world…because I don’t feel at the moment we’re connecting…I find it difficult at times to be around you…I bore you…he might win and maybe I’d like to be the winner.” He nominated Harry because, “when I’m around you I feel a bit threatened. I do feel I grate on you…I feel uncomfortable being around you and it’s just not a very nice feeling.”

After nominations, Marc reveals his feelings about being nominated and on Nick nominating him, he tells Nick, “me mate, me idol nominated me. What a wanker.” Nick responds, “thanks, I knew you’d have wanted that. That’s why I did it… don’t think you will go.” Marc adds, “I’m not going on Friday. They can take me out of here because even if they want me out, I’m not leaving. Remove me Big Brother.”