The world’s biggest boyband started off the next leg of On The Road Again Tour in Cardiff’s Millennium Stadium. 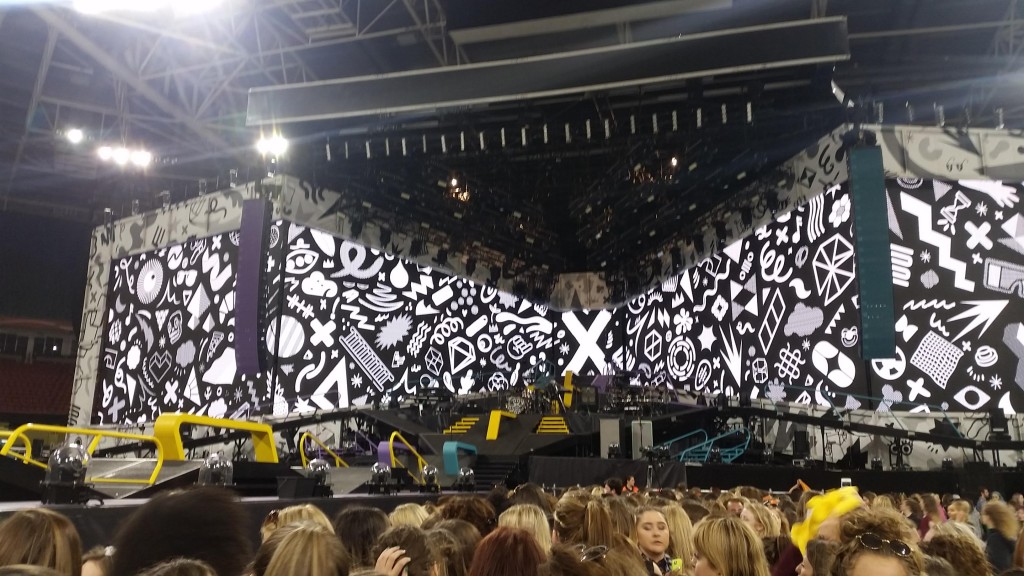 They last came to Cardiff in 2013 for their Take Me Home tour and now they have returned, this time performing to a stadium crowd of around 74,500 fans.

With the biggest group being in the Welsh capital for two shows, thousands of people were travelling causing traffic queues of up to 45 miles along the motorway and crowded trains to transport the excited fans.

One Direction had support from McBusted, the eight-piece super-group  who warmed up the crowds by singing some of their biggest hits including Air Hostess, 5 Colours and Year 3000, as well as Hate Your Guts off McBusted’s debut album. The crowd went crazy, screams and cheers were deafening as they energetically filled the stage and used the length of the runway to get closer to fans further back.

The members of McBusted loved both shows and tweeted saying:

Wales was killer . Killer Wales. Thank you Cardiff and @OneDirectionhttps://t.co/pP6zxeCzh0

As McBusted left the stage, the now extremely excited crowd roared with cheers to show appreciation for the band and also for what was next to come, One Direction.

Liam, Niall, Louis and Harry strolled onto the platform in front of thousands of Directioners who began chanting and calling in admiration of their idols staring back at them.

Clouds blasted throughout the stadium as the boys sang each word with the help of their dedicated supporters who have come from all over to see this moment.

The boys chatted to the fans saying how loud they were and that Saturday’s show was more hyped than Friday’s, possibly being due to it selling out.

They were in awe of how many fans had come to see them and they were extremely happy to be back on stage after a well-deserved break.

To the crowd, Niall explained how they all felt honoured to be joined by so many supporters and to be in one of the most iconic stadiums in the world, especially for rugby! 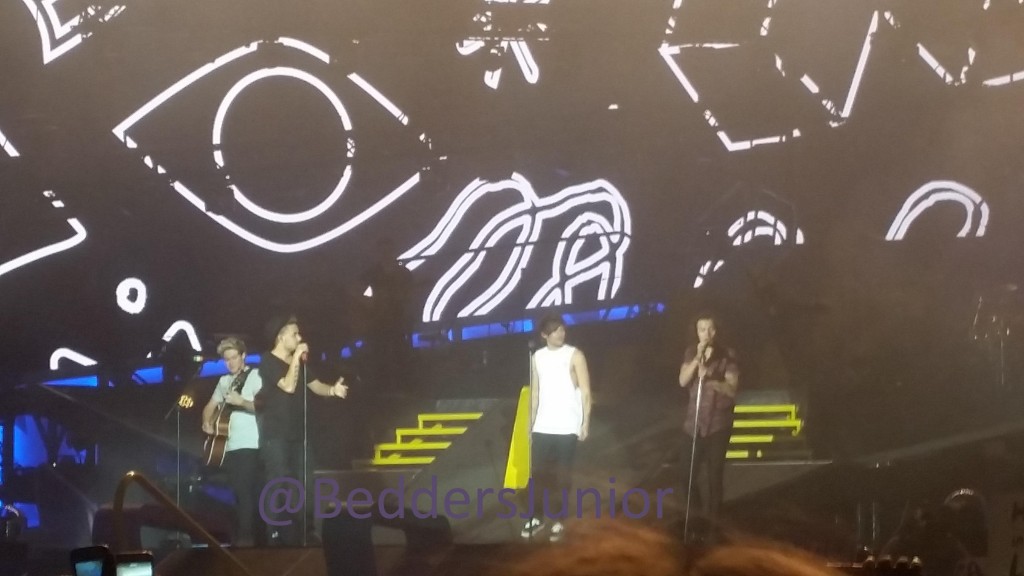 More massive hits were played including, Through The Dark, Midnight Memories, Kiss You, Little White Lies and Best Song Ever. One song which gained a big reaction was Don’t Forget Where You Belong as the boys thought of the fans when writing it and since then it has developed into be a song much about their fans.

The whole show had a huge production where fireworks were launched, lights and strobes were flashed around and a stage with a runway and a smaller stage at the end which elevated the boys above the crowd.

Hundreds of thousands of happy fans clapped, screamed and cheered as their favourite boys thanked them for two incredible shows as they walked off stage, fading into the back, leaving fans in awe of what the night had held.

Fans left with mixed feelings of pride, excitement, joy and some sadness as to when they would return for another show.

One Direction tweeted their appreciation and Louis and Harry’s tweets showed this.

Cardiff, you were lovely. Thank you for having us. You were a perfect crowd tonight. All the love

Was soooooooooo fun tonight !! Thanks to everyone that came !!

The fans all hope they will return to Cardiff soon to light up their world’s like nobody else for the best night ever.