Jack McDermott and Simon Gross have been set a secret mission by Big Brother to become ‘night ninjas’ and prank the other housemates. 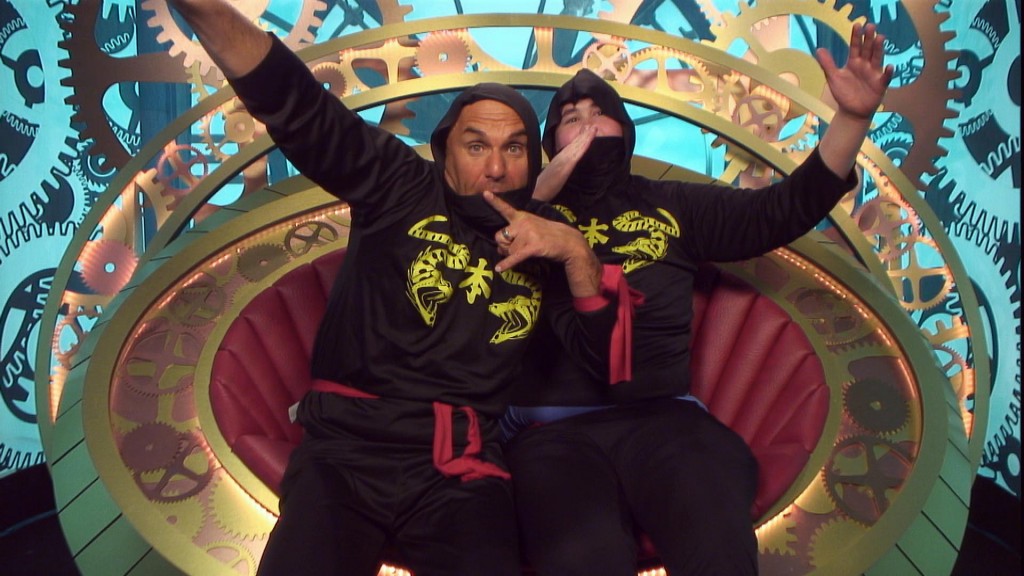 In tonight’s show, Jack is called to the Diary Room. Big Brother sets Jack a secret mission to make mischief.

Tonight, along with Simon, Jack will become “night ninjas”. They will be told to sneak around the house and complete a series of pranks during the night. Jack is to inform Simon about the task.

After the Diary Room conversation, Jack tells Simon about the task. Simon is excited with the opportunity for acting.

Big Brother pages Jack and Simon. Simon wakes up Jack and they go to the Diary Room for their ninja costumes. They have to throw lots of the other Housemates items into the pool.

Big Brother tells them to creep through the house in the stealthiest way possible. They spread things like food on the table, toilet roll in the living room and pour out the milk.