Thousands of people have signed a petition for Sky News presenter, Kay Burley to be SACKED following interview with the boss from Alton Towers. 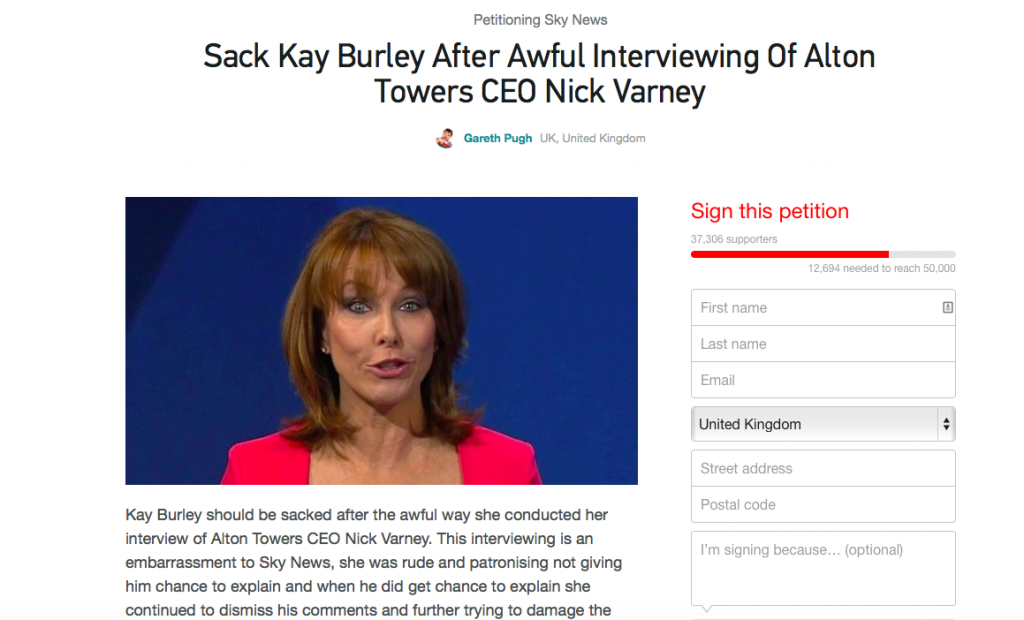 A mind blowing 35,000 people have signed a petition for Kay Burley to be sacked from Sky following a confrontational interview with the boss from Alton Towers.

A statement on the Change.org petition, read: “Kay Burley should be sacked after the awful way she conducted her interview of Alton Towers CEO Nick Varney.

“This interviewing is an embarrassment to Sky News, she was rude and patronising not giving him chance to explain and when he did get chance to explain she continued to dismiss his comments and further trying to damage the company thinking that she was clever.

“She also tried to get him to give highly confidential private information on the casualties.

“He didn’t try to shift responsibility he knew enormously what this event did, shut the park and is fully investigating the incident working with authorities.

“What happened at Alton Towers was awful and it shouldn’t have happened but what happened at your Sky studio was awful too and shouldn’t of happened, now you need to put this right, act professional like the CEO did, issue an apology and sack Kay Burley.”