Simon Gross has been evicted from the Big Brother 2015 Timebomb house, he’s the ninth housemate evicted. 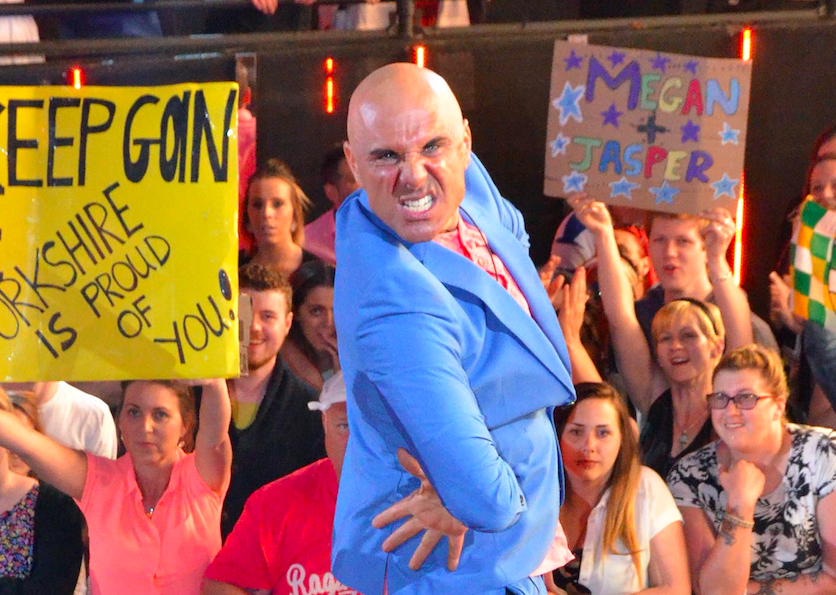 Earlier this week, in a game of nomination tag all Housemates bar Chloe and Marc faced eviction. The public has been voting to decide who should be the ninth Housemate to be publicly evicted from the Big Brother House.

During tonight’s show, Emma Willis announced live to the house that the two housemates with the lowest votes were Simon and Jack. Emma then went on to reveal that the next person to leave would be Simon with less than 1% between them in the vote.

Following the announcement, Simon had 30 seconds to say his goodbyes and left the house to be greeted by Emma and a mixed reception from the crowd.

Simon told Emma that he was “Jazz hands and showbiz but he can’t be showbiz 24 hours a day and the makeup comes off.” He went on to admit, “It is really tough in there, you lose yourself and it was tough being in a situation with people and forgetting about the outside world. It is like free therapy”.

Simon went on to say “Marc is the brother I never had. I collapsed on the floor when he left I felt like my world had fallen apart. He was always there for me. I made a real friend with him.”

“I got to see the real Helen and she was really helpful to me and gave me some good advice. There are cliques it is a very young house and I felt the old fogey.”

Simon said that he thought Danny should win because he is honest and real and always there for him.

Simon wasn’t the only Housemate to leave the House this evening as legends Helen and Nikki also said their goodbyes.

Big Brother returns tomorrow at 9pm on Channel 5. Emma will be back next Friday at 9pm for the next eviction.