Big Brother 2015: Aisleyne tries to quit the show through the fire exit!

Aisleyne Horgan-Wallace has tried to quit Big Brother Timebomb through the fire exit after saying ‘goodbye’ to housemates. 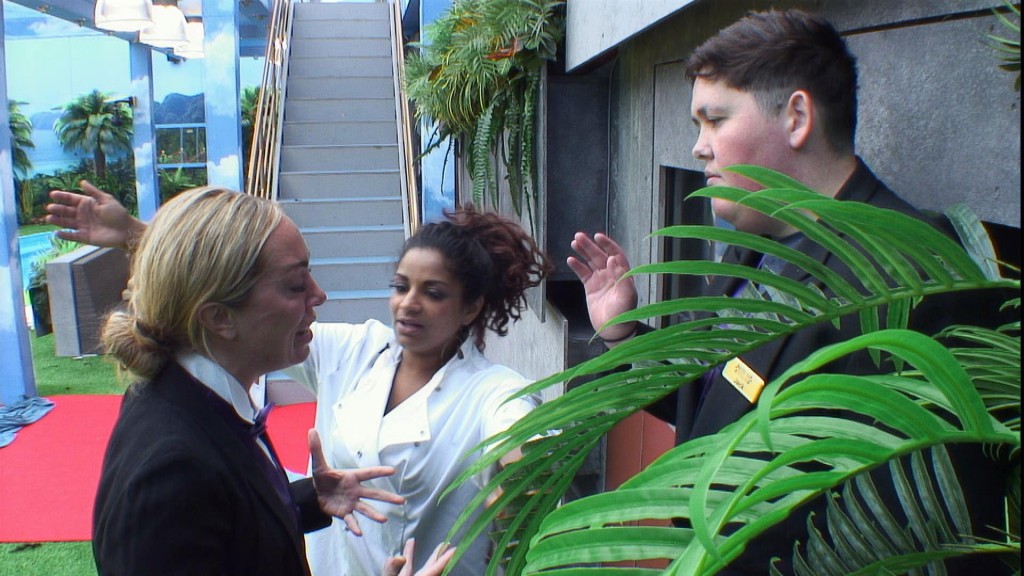 In tonight’s show we see Aisleyne on the concierge desk and is not happy for some unknown reason, even though she had the night off.

Aisleyne says: “There’s even less reason for me to stay now because Jasmine and Danny are getting it on.

The Housemates tell Aisleyne to stop because she’ll be going anyway soon as her time is nearly up.

Aisleyne says goodbye to the Housemates and walks towards the fire exit door in the garden.

Before Aisleyne can open the door, Jack runs to stop her, she says: “I’m so tired. I just wanna go home.”

The housemates and Big Brother convince Aisleyne to stay in the house as she’ll be leaving in tonight’s eviction show.