Jeremy Clarkson has been banned from launching a Top Gear rival show on ITV for two years. 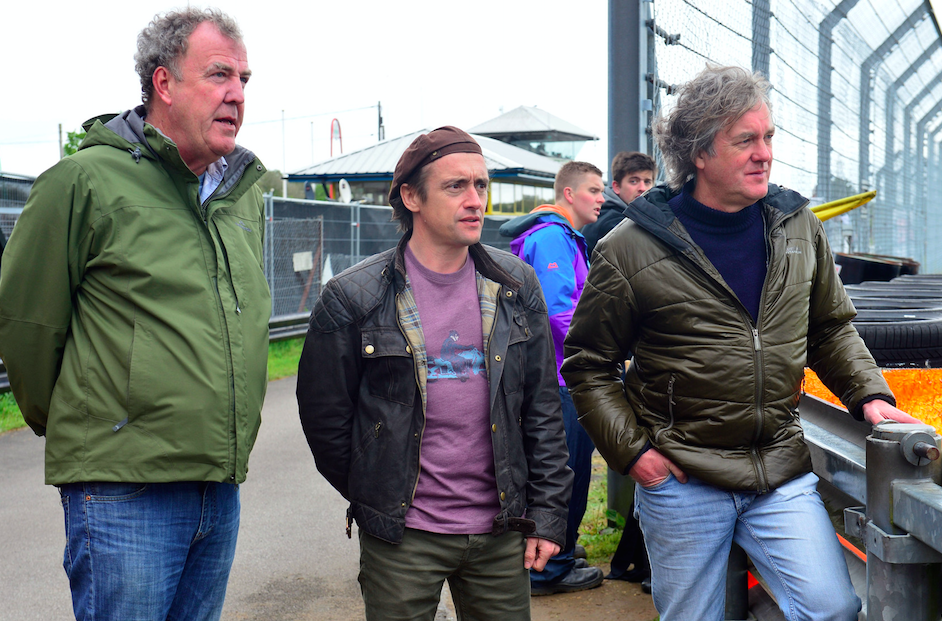 Jeremy Clarkson, Richard Hammond and James May will reportedly have to wait two years if they want to launch a motoring show on ITV to rival BBC’s Top Gear.

The Mirror reports that a clause in the Top Gear stars’ old BBC contracts prevents them from making a rival motoring show on a UK channel until April 2017.

It was rumoured that Jeremy Clarkson, Richard Hammond and James May were going to rival Chris Evans‘ Top Gear reboot by launching a new motoring show.

It was also rumoured that the presenters were launching the new show on either ITV or Netflix.