Charlotte Crosby reveals she’d like to give birth ‘on camera’!

Charlotte Crosby has told ITV’s Lorraine in a recent interview that she’d like to give birth on camera. 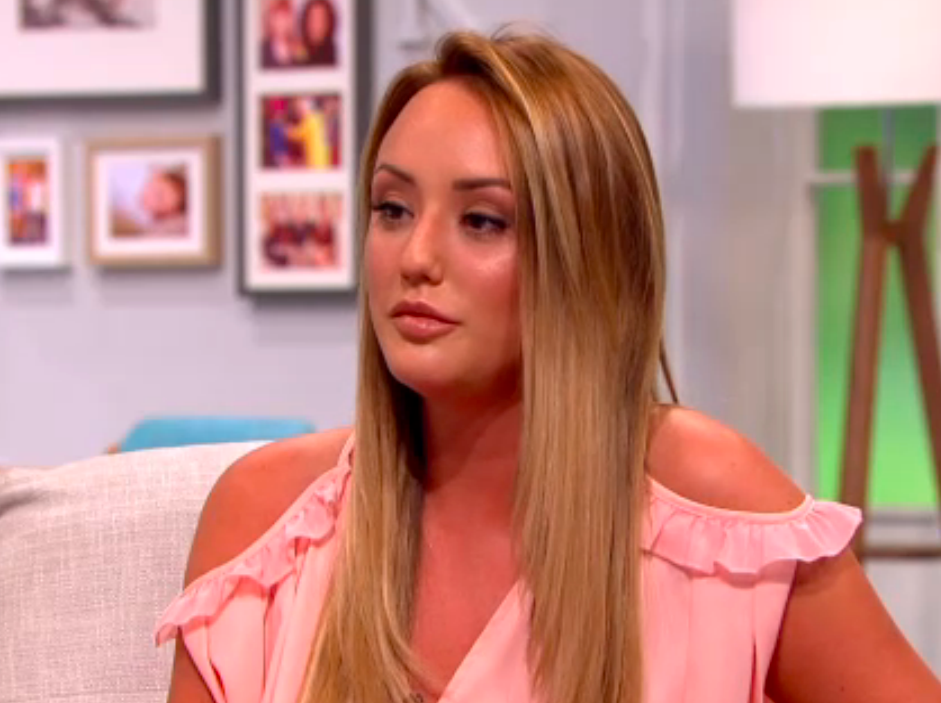 Speaking to Lorraine Kelly, the TV personality looked to her future career and said: “I don’t have a plan, I never have a plan. I ‘d like to carry on what I’m doing.

“I’d like to be a part of Geordie Shore until it ended, I’d like to carry on doing everything on camera… I’d like to give birth on camera, I’d do everything, no limits, there’s none, the sky’s the limit!”

Speaking about releasing a book about her life at the age of 25, the Geordie Shore star said: “I didn’t feel like people would be interested but just my reaction on Twitter and stuff, everybody wants to know everything about [me] so I thought, ‘well why not’ so I did it and I think it’s hilarious.”

When Charlotte – who infamously wet herself on Geordie Shore – was asked if she regretted anything that had been caught on camera, Charlotte said: “I don’t [regret it], I still do all of those things Lorraine, and I never go ‘oh eek’, I go ‘oh not again.’”

When Lorraine asked if she is embarrassed that she wet herself on television, Charlotte said: “I’m not no… because it’s so normal now.” When Lorraine told her that it wasn’t “normal”, Charlotte responded: “I would be embarrassed if people didn’t like it… I agree that some people don’t like it but a lot of people laugh at it and I don’t do it on purpose, it’s purely because it’s an accident… 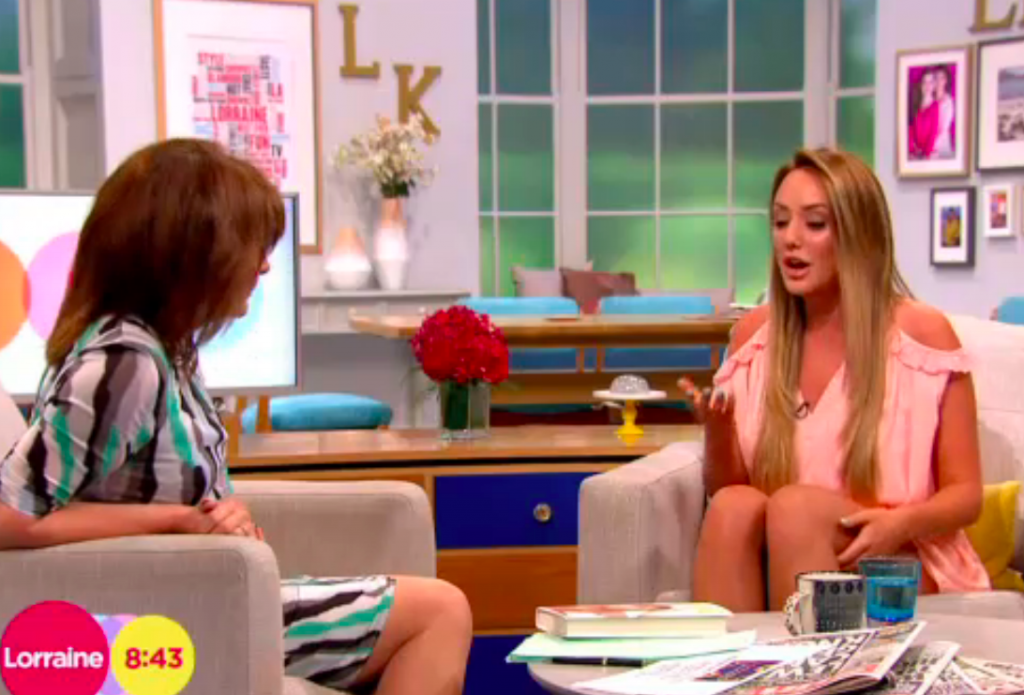 “I’m not the type of person who sits and worries about things, I live life to the fullest and I don’t stop for a second and think about people who I don’t know what their opinions are. As long as my friends and family still love us and accept us for who I am, that’s all that I care about.”

Speaking about her weight loss and fitness regime, Charlotte said: “It is hard though because obviously I am still on Geordie Shore and that’s a programme where you go out and you drink a lot.

“Imagine trying to still be fit times ten with all these obstacles in the way so it’s hard but I still manage to do it so I’m quite proud of myself in that respect.”