Doctor Who: Daleks invade London and its Underground!

Evil ‘monsters’ that are one of Doctor Who’s worst enemies invaded London yesterday. 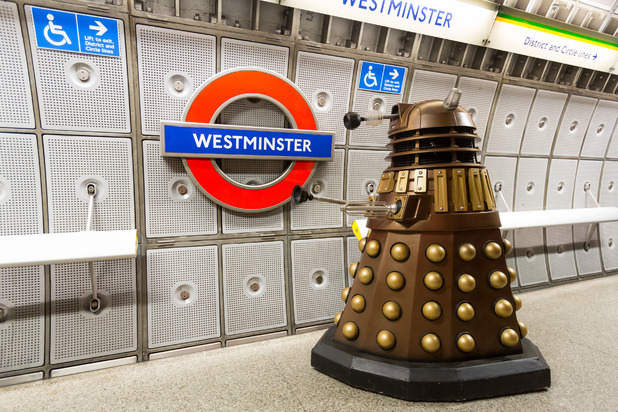 Commuters were shocked to find Daleks invading London earlier yesterday (even on the underground) [September 17].

The Doctor Who villains boarded the Underground at Westminster station yesterday and waited at bus stops.

The invasion was to promote the new series of the BBC One drama which premieres on Saturday (September 19).

Take a look at the Daleks in action:

Doctor Who: Daleks invade London
1 of 5