When eighteen-year-old Victoria becomes Queen, her mother the Duchess of Kent, led by her advisor, Conroy, circle around the young monarch, itching to seize power. Hating Conroy and exasperated by her mother’s dependence on him, Victoria shuns them both.

Below stairs, the servants adjust to their new boss, Victoria’s trusted governess Lehzen. Jenkins, the Queen’s dresser, is incensed to learn that Lehzen has appointed her an assistant without consulting her, the mysterious Skerrett.

Victoria copes with the unknown with the help of her Prime Minister Lord Melbourne. They are enchanted by each other: Victoria by the older man’s erudite wisdom, and he by the young Queen’s irresistible guilelessness. Gossip erupts over the closeness of their relationship and Melbourne, fearing scandal, retreats, leaving Victoria prey to Conroy, who seizes the chance to take control and undermine the Queen.

Victoria rushes into an ill-considered accusation and the glory of her coronation is abruptly curtailed when she learns she has covered the crown in scandal. 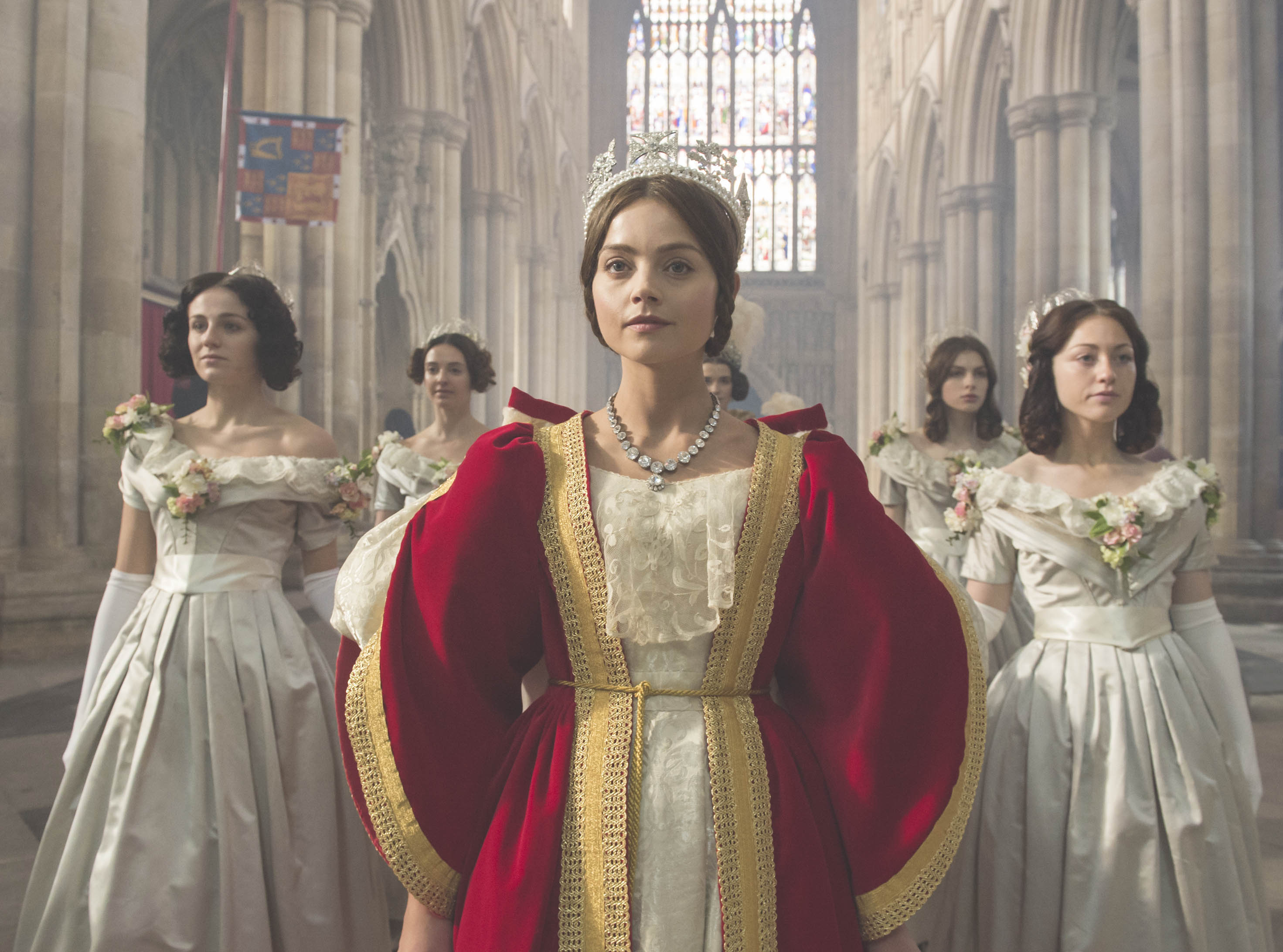 Victoria comes to the throne at a time of great economic turbulence and resurgent republicanism – and died 64 years later the head of the largest empire the world had ever seen, having revitalised the throne’s public image and become ‘grandmother of Europe’. The first series of Victoria, written by Daisy Goodwin and produced by Mammoth Screen, will tell the story of the first years of the reign, beginning with the moment of the Queen’s accession in 1837, following her first faltering steps from capricious, hormonal teenager with a weak grasp on her duties and responsibilities to her marriage to Albert. The show is a saga of interlocking circles – the circuits of power in Buckingham Palace and Westminster, the intermarrying royal houses of Europe and the scandals of the below-stairs palace staff. At the centre stands the new Queen – a spirited, passionate woman who must, somehow, become an enduring icon of stability and strength.