Although it rained heavily, Fusion Festival still brought the energy and music to Liverpool in a scenic venue, Otterspool Promenade Liverpool. 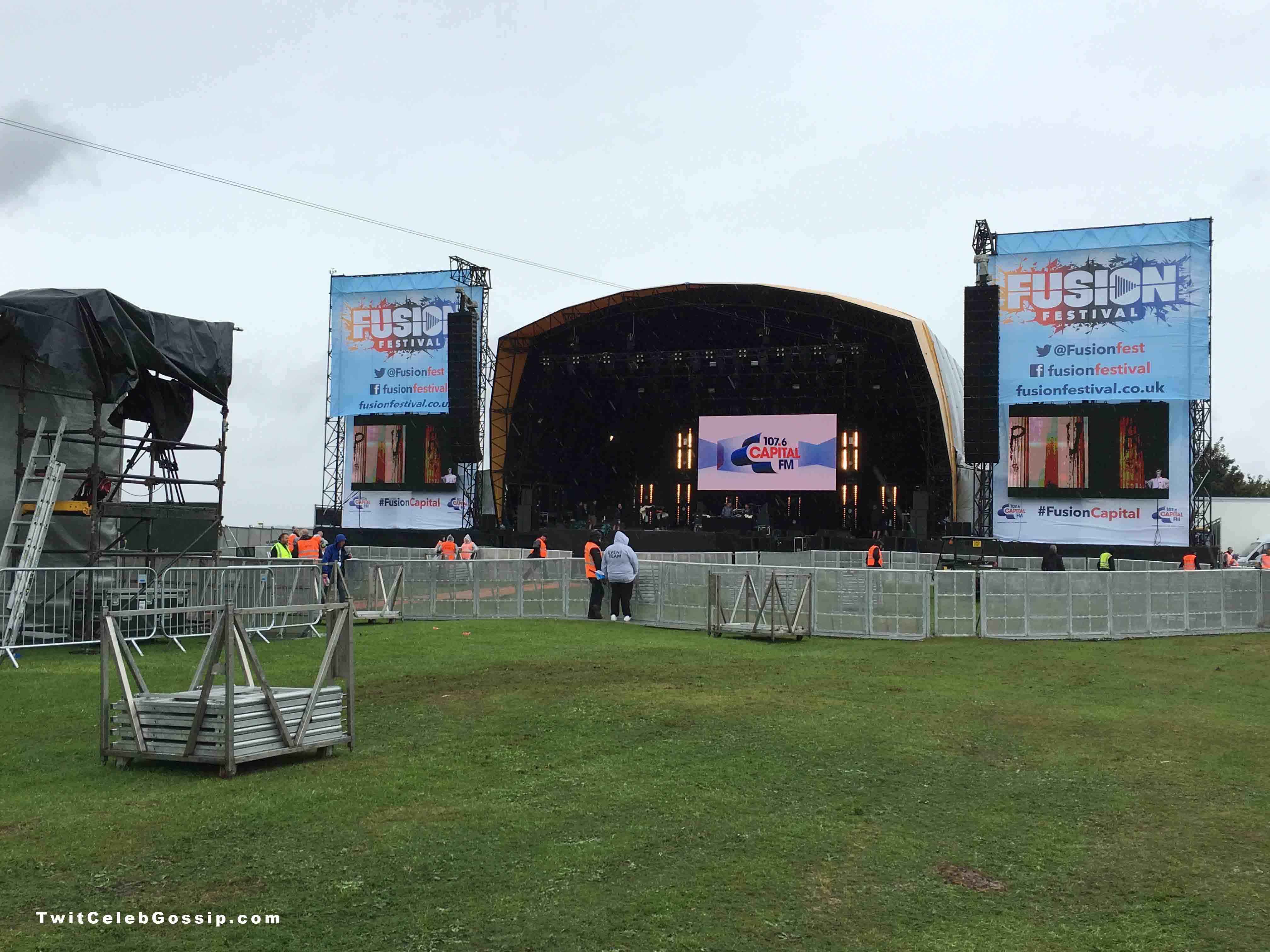 A lot has changed since Fusion Festival launched back in 2013, it seems every year the festival adds a new feature or attraction for visitors but the entrance price remains almost the same.

This year Fusion added Kopparberg Urban Forest, this is a second stage (separate from the main) that showcases up-coming artists and new alcoholic drinks.

Not only that but Fusion had a wider selection of food and drink stalls that featured some popular outlets such as Papa John’s Pizza – They also had some fairground rides.

Fleur East brought the SASS to Fusion this year opening her set with ‘Talk About It’ – Fleur didn’t disappoint, her stunning vocals and bold appearance wowed the crowds throughout her setlist.

Fleur performed Up Town Funk which saw her hit number one in the iTunes chart after singing it on The X Factor, she ended her set with her debut single Sax.

Tinie Tempah brought the Ibiza vibes to Liverpool with his lively set, he announced to the crowds: “Liverpool, it’s one of my favourite cities of all-time, it’s a real party town!”

Tinie performed some well known songs: Written in the Stars, Earthquake, Not Letting Go and ended with Tsunami.

Tinie revealed he had to calm down his performance at Fusion due to the rain and the risk of falling over.

Craig David had one of the longer sets of Fusion Saturday – He also brought out the sun for Liverpool. 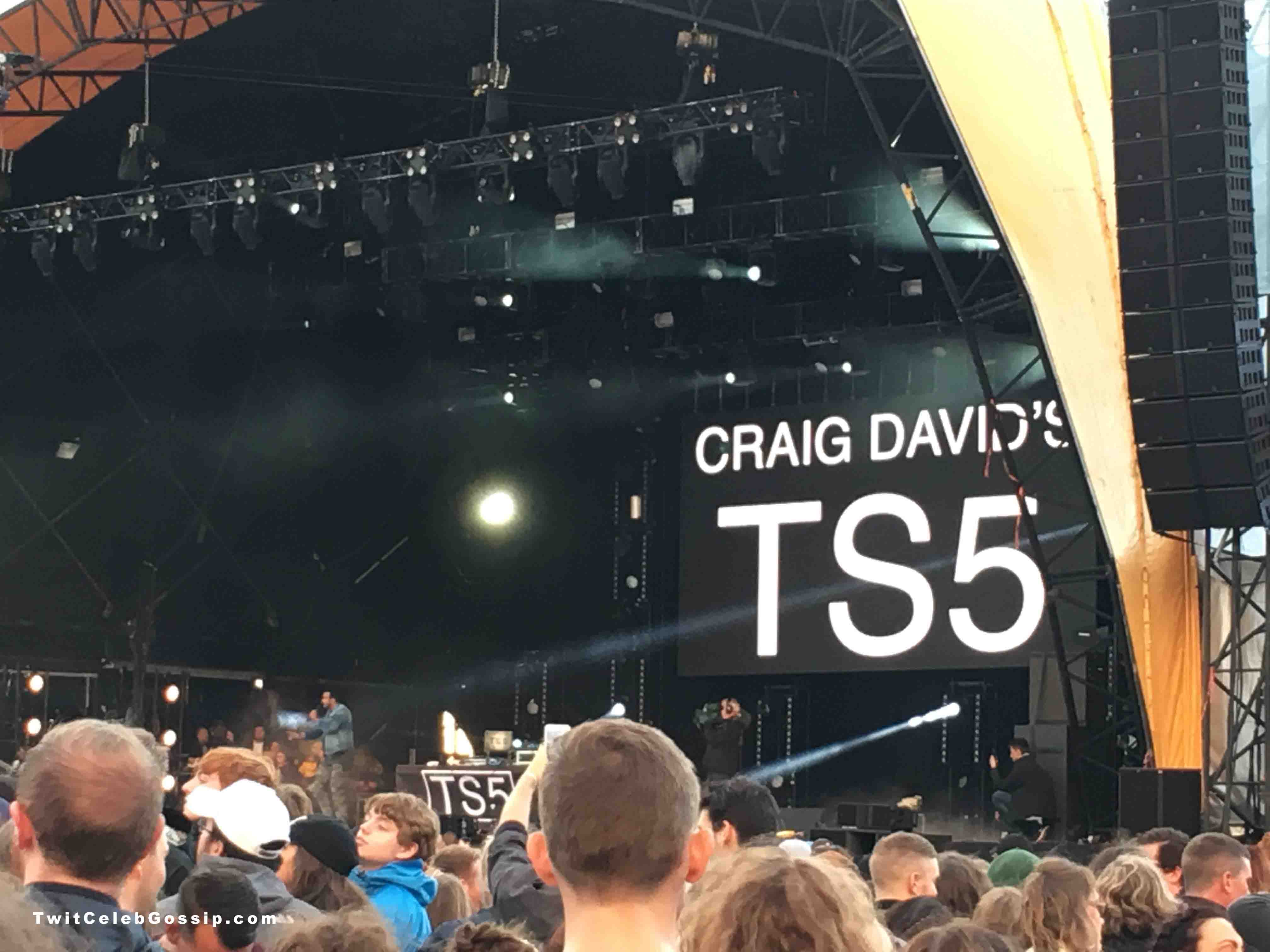 Craig opened with ‘When the Bass Line Drops’ to a roaring crowd hungry for more bass beats, his songs echoed throughout the venue and neighbours close to the festival reported they could hear his songs from miles away.

Craig’s set also consisted of ‘I Ain’t Found Nothing Like This’, ‘Ain’t Given Up on You’ and ‘Fill Me In’.

Jason Derulo closed Saturday’s Fusion at Otterspool Promenade with one of the most mindblowing, pop-tactic sets of the day featuring pyrotechnics.

Jason opened his intensive one hour set with Trumpets and popped out moves left, right and centre in a visually and vocally incredible performance.

Jason who has sold more than 30 million singles, he performed a selection of his most popular platinum singles, ‘Wiggle’, ‘In My Head’ and ‘Talk Dirty’.

He was also the only artist from the whole of Saturday’s lineup to invite an audience member to join him on stage, Jason’s ‘sexual’ choreography made the star-struck fan blush.

His setlist: Trumpets, Wiggle, Get Ugly, Watcha Say, Ridin’ Solo, In My Head, IT Girl, Kiss the Sky, Talk Dirty and Want to Want Me.

The weather picked up for the second day of Fusion despite the dismal start on Saturday.

TwitCelebGossip live blogged backstage at Fusion this year – We managed to grab some exclusive pictures from some of the weekend’s biggest stars.

Olly Murs has arrived at the press tent! https://t.co/taAc1Ta0vq pic.twitter.com/WyJAjrlWpb

Olly, who has recently announced a UK 2017 tour, stripped off at the end of his set after the crowd demanded he should remove his shirt part way through, speaking to Liverpool ECHO shortly after his set he said: “Everyone was getting really raunchy with me and kept shouting for me to get my top off and, at the end of the show. I thought ‘Sod it’, and ripped it off and threw it into the audience.

“I don’t know where it ended up. It disappeared into the crowd. It was fine until I got off the stage and realised I had nothing else to wear.

“Luckily I had a change of clothes back at the hotel.”

Overall Fusion Festival 2016 was a huge success – Everything from the lineup, to food and drink and security, it’s definitely a festival to add to your list for next year.

Joe Anderson, Mayor of Liverpool said of the festival: “We take great pride in the events we hold here in Liverpool. Each year we strive to offer something new and exciting, not only for our own residents but for those visiting the City too. That is why I am delighted to welcome such a distinguished music festival to Liverpool.”

Although it rained heavily, Fusion Festival still brought the energy and music to Liverpool in a scenic venue, Otterspool Promenade Liverpool. The two-day festival featured some of the biggest names in pop.Gee AnthFusion Festival 2016: Saturday and Sunday review!