Britain’s Got Talent 2017: Tyrone and Mina are one of the most dangerous acts seen!

Tyrone and Mina are one of the most dangerous acts seen on Britain’s Got Talent. 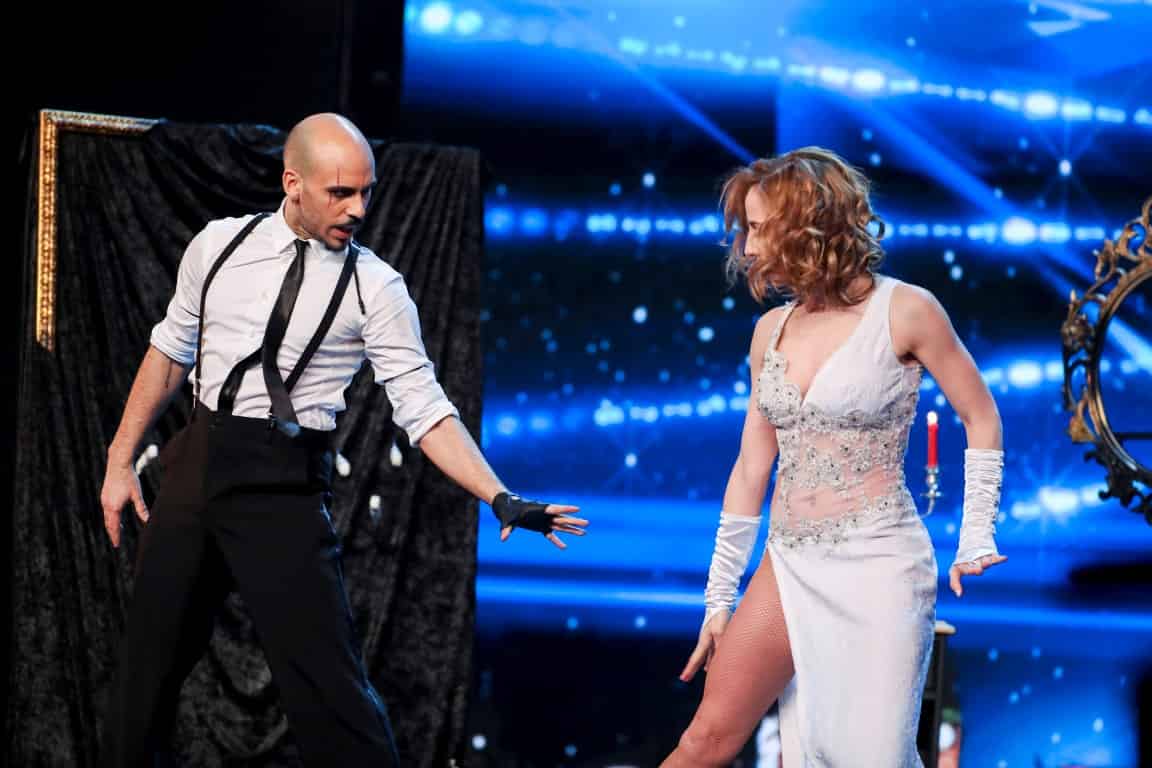 Britain’s Got Talent has seen a fair few risky acts over the show’s years, but tonight’s show aired one of the most dangerous acts, ever.

Tyrone,35, and Mina, 35, are a knife throwing couple from Spain, who mix tango into their performances.

Tyrone grew up in a circus family and was taught knife throwing by his dad.

Tyrone and Mina, who is originally from Argentina, are also a couple in real life.

Simon Cowell asked whether Tyrone’s scar is real, he admits that it is – because his act is show dangerous.

Tyrone reveals: “It’s because we like to do dangerous things.” 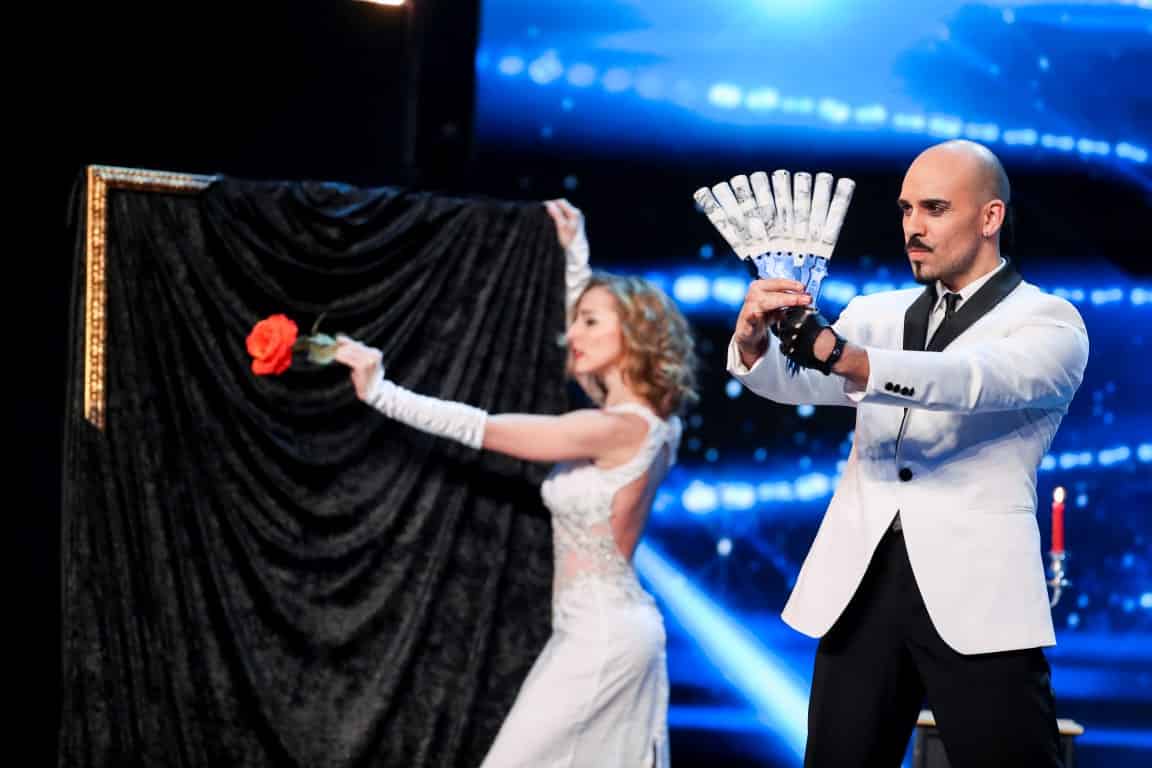 Simon Cowell was left with his hand covering his mouth in shock.

If the act wasn’t dangerous enough at the start, Tyrone then lit his knifes on fire and blindfolded himself.

Thankfully the pair made it out alive – and the judges awarded them with four yeses.

Britain’s Got Talent continues next weekend on ITV.