Liam Gallagher has surprised the audience at the One Love Manchester Benefit Concert, with a unexpected performance. 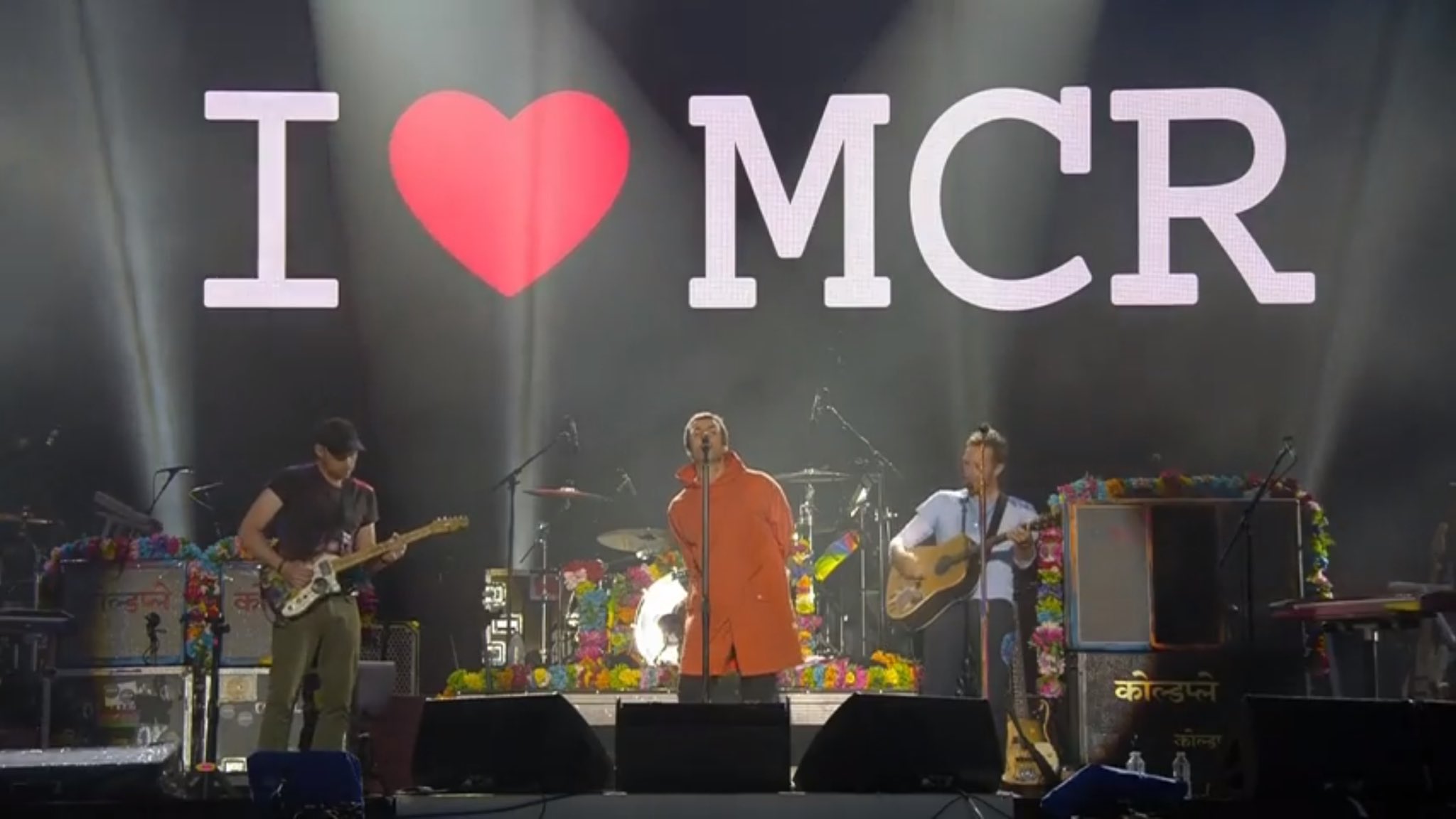 Tonight, some of the biggest and best pop stars headed to Manchester for a benefit concert which is expected to raise at least £2m for the victims of the Ariana Grande Manchester Arena terror attack and the families who were affected.

Following this emotional performance, Take That took to the stage to perform some of their biggest hits.

The next star to perform was Robbie Williams, who performed a moving version of his songs Strong and Angels.

Pharrell Williams then took to the stage to perform a duet with Miley Cyrus of his song ‘Happy’, followed by a solo performance from Miley Cyrus.

Other star performances of the night include Justin Bieber, who broke down in tears after announcing to the crowd “Evil will never win.”

Coldplay also performed the longest set of the night, commencing with a cover of Oasis’ Don’t Look Back in Anger and finishing with their most recent hit, Something Just Like This.

The audience and viewers at home were then told by the commentators, Sara Cox and Ore Oduba, to expect a surprise, followed by a few minutes of silence as the world waited to see who would be next to grace the stage.

Liam Gallagher then started to test his guitar, sparking a cry of cheer from the audience. He performs a set of Live Forever, Wall of Glass and Rock and Rock star.

We stand with you, Manchester.