Last night saw the opening of The Addams Family: The Musical at the Birmingham Hippodrome, it tours the UK for the first time. 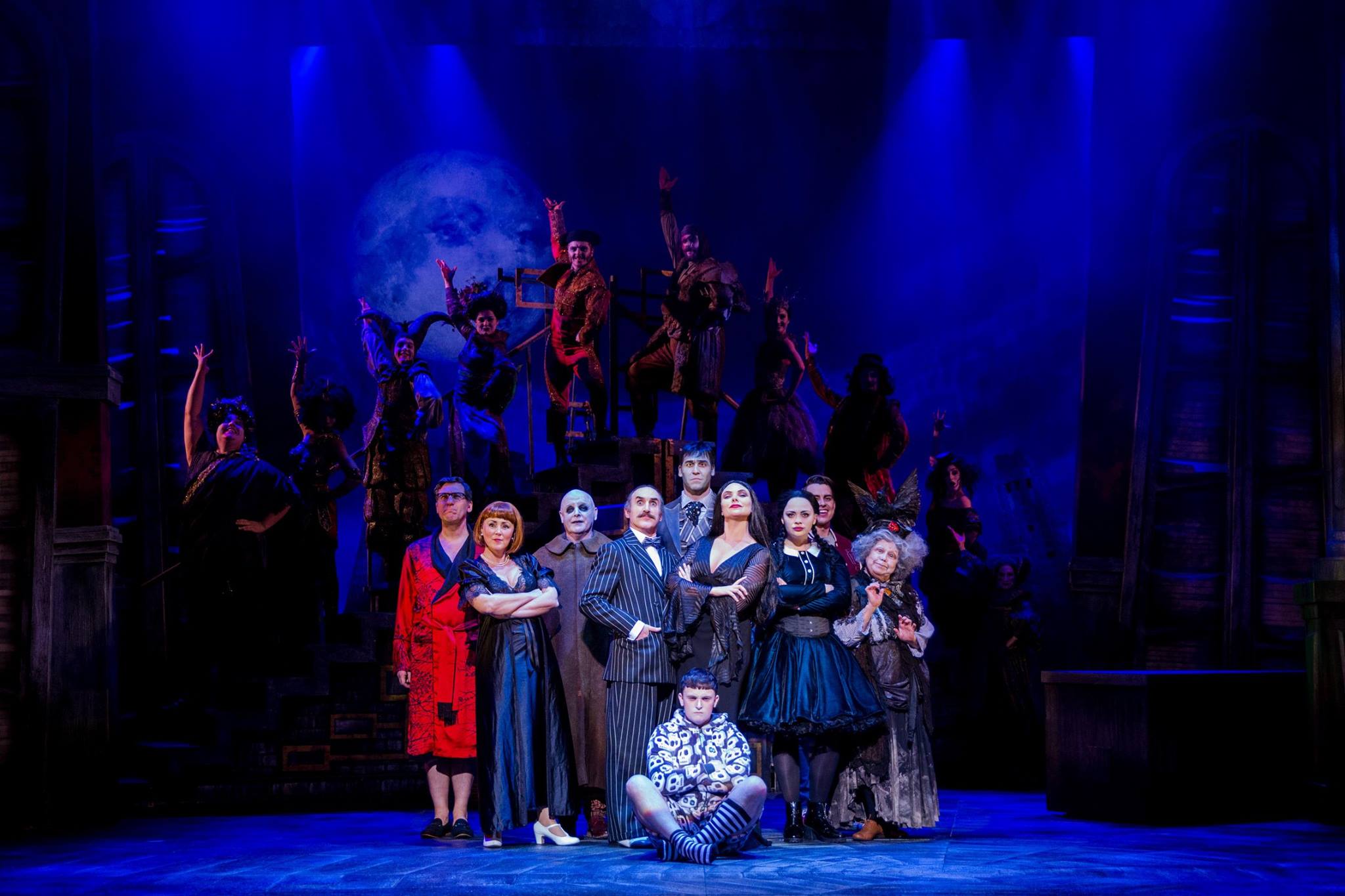 After grabbing a cool refreshment from one of the inside bars at the Hippodrome, I sat down to take my seat, not sure what to expect; but it wasn’t long before I experienced a thrilling and hilarious ride through the eyes of the eccentric Addams family.

The show starts in the graveyard, where the Addams’ celebrate their ancestors, who in turn become locked out of the crypt; their task before being allowed to settle, is help the family.

The musical number ‘When You’re an Addams’ had me memorised; the choreography, costumes and the sheer timing was all perfect and from then on, I was on the edge of my seat.

The storyline never lost touch with the dark humour expected from the original story and Samantha Womack plays the part of ‘Morticia’ brilliantly. Cameron Blakely plays an excellent role of ‘Gomez’, and had me in stitches with the song ‘Trapped’, that hilariously follows him throughout the story as he loses control of the lie he told his wife. 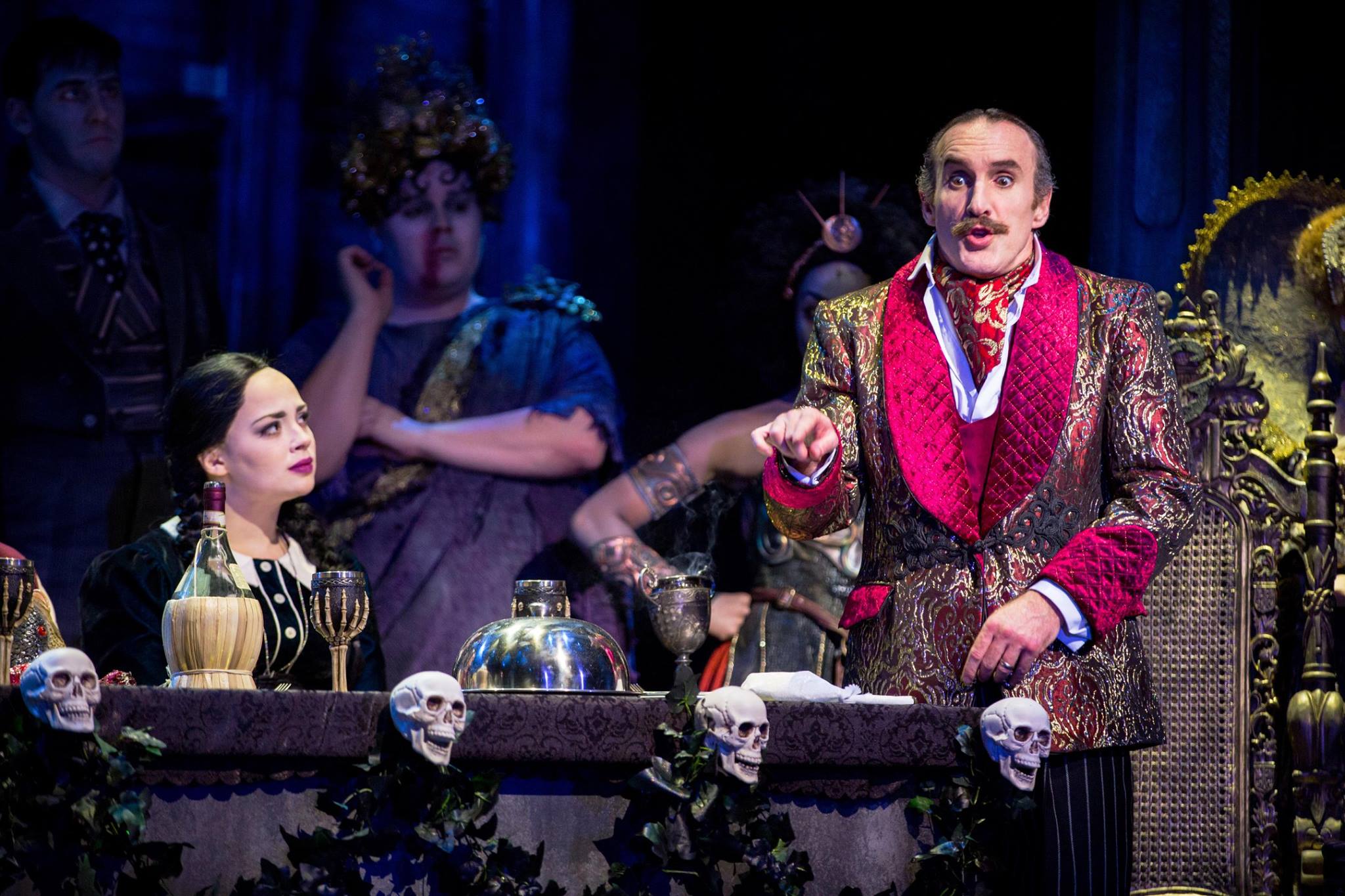 Carrie Hope Fletcher plays ‘Wednesday’ and although her family are weird she wants to marry a normal boy named ‘Lucas’ (played by Olivery Ormson) – All she wants is for her family to act normal for one night to impress Lucas’ parents before revealing the news of marriage.

It’s not that straight forward… As she walks round with a crossbow and shoots rabbits from a petting zoo for dinner. 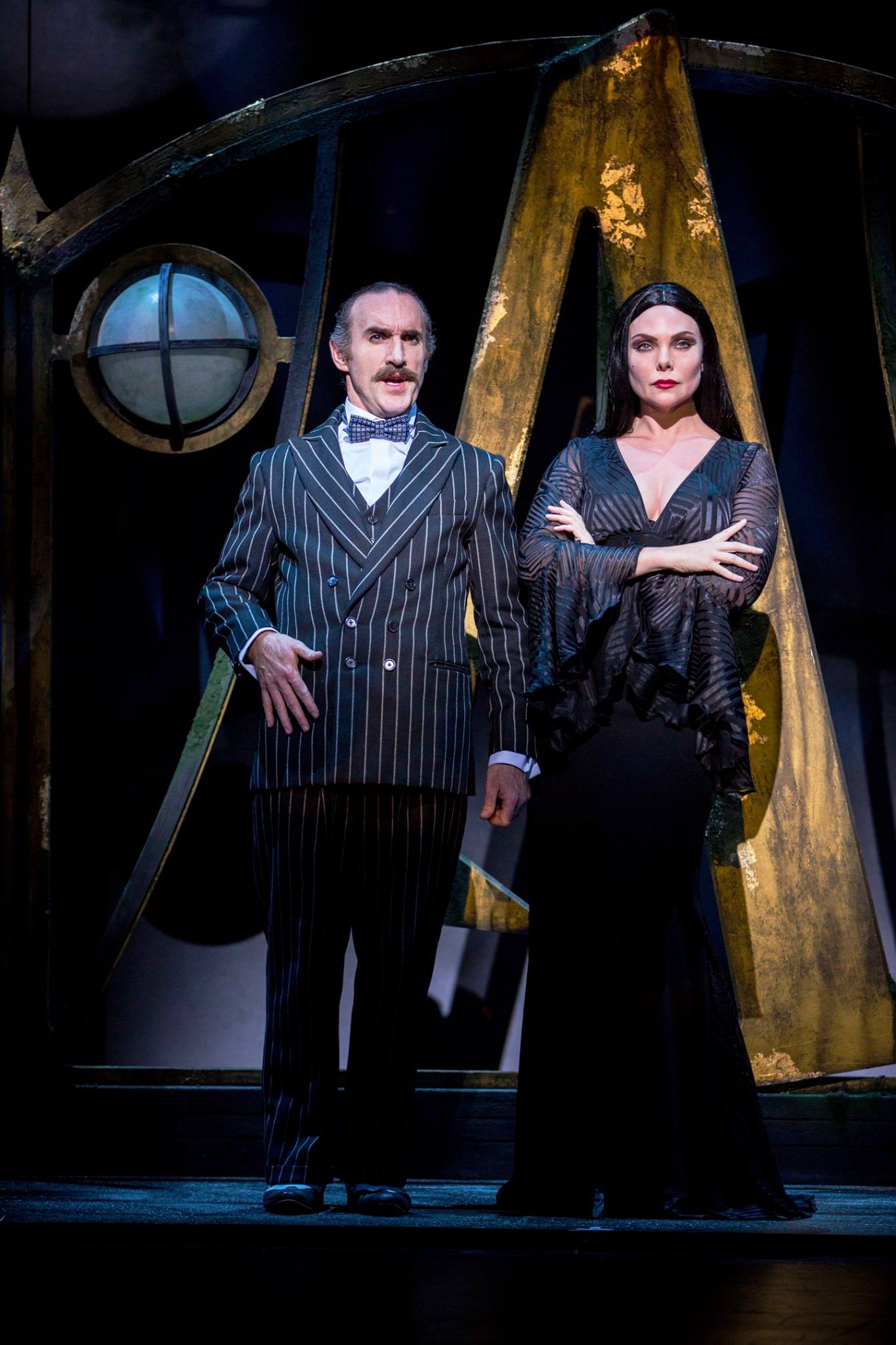 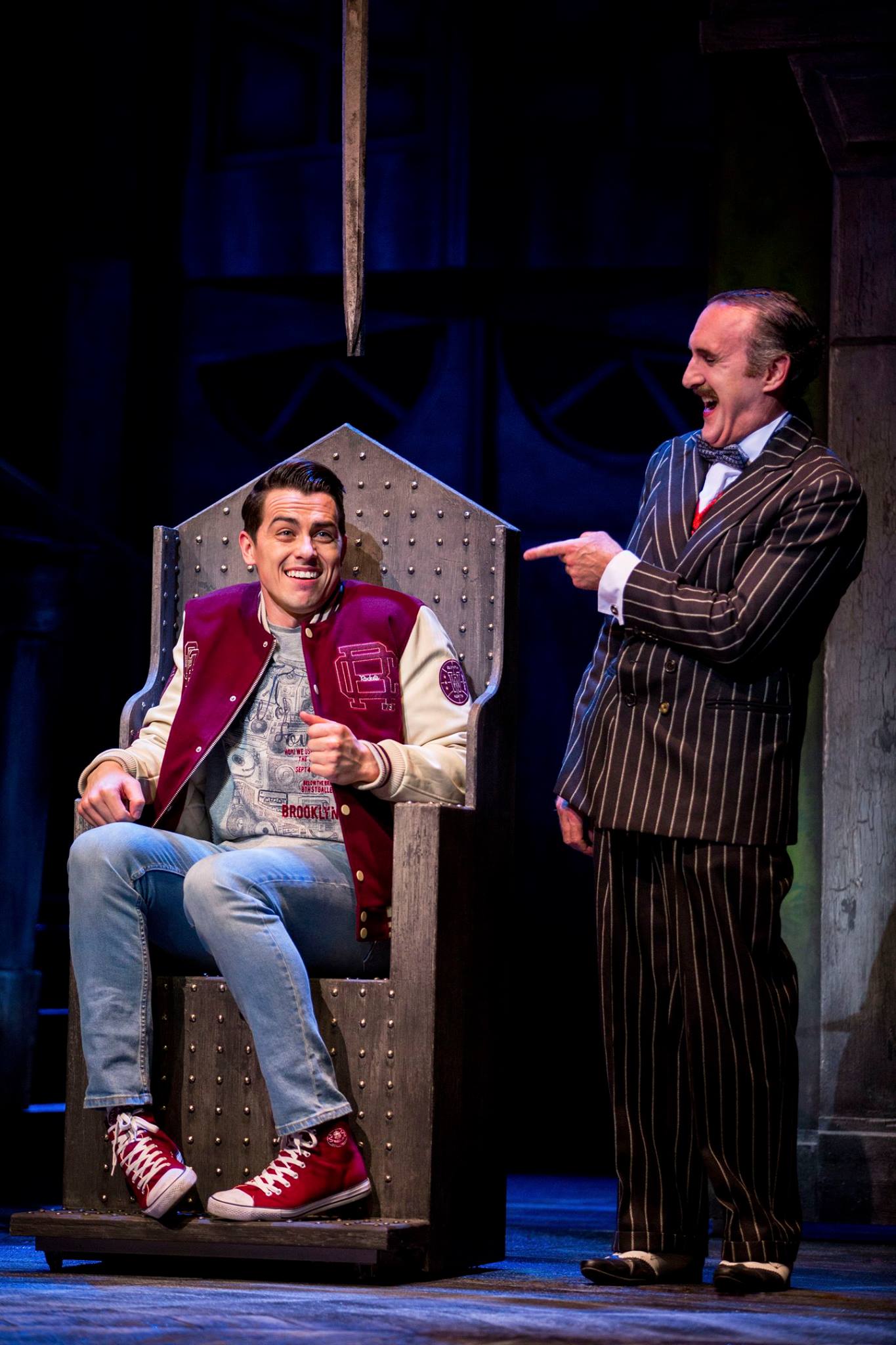 Les Dennis plays ‘Uncle Fester’ fantastically and he helps carry the story throughout the show with support from ‘thing’ at the side of the stage, he also engages with the audience and cracks a few jokes here and there… One memorable moment is when he took a slight dig at the audience on the upper circle who had ‘cheaper’ seats.

Although ‘Uncle Fester’ seems relatable and not that ‘weird’ compared to the rest, he soon changed my mind as he falls in love with Luna, the moon. 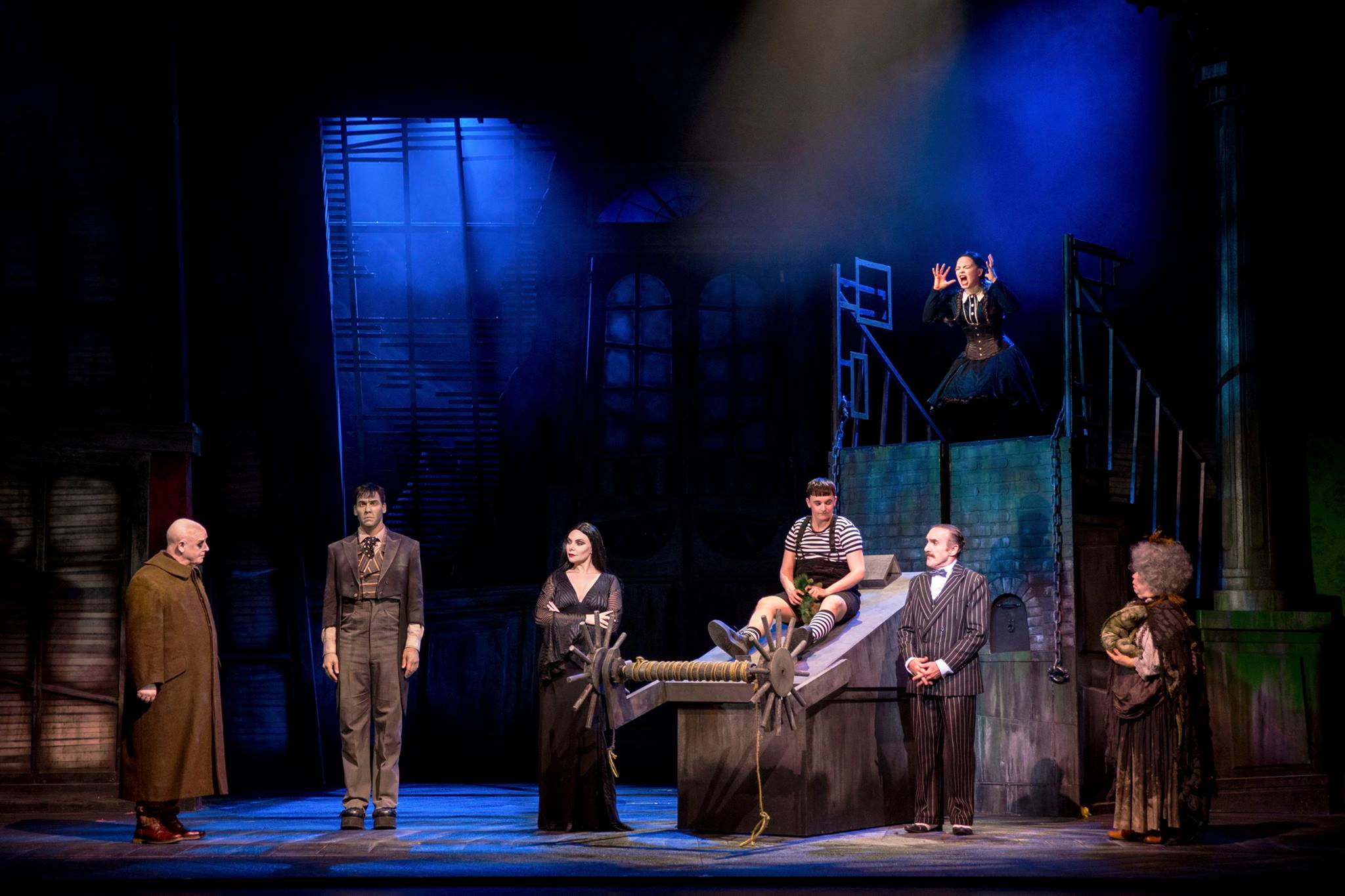 Grant McIntyre plays ‘Pugsley’ who is desperate to stop his sister so she can continue to torture him; and in doing so creates a situation that ends happily for his future in-laws. Spoilers!

This production stays true to the dark, daring and mysterious Addams Family and is well worth seeing before it ends on Saturday at The Hippodrome in Birmingham.

Our review of The Addams Family: The Musical Comedy is awarded 5 stars out of 5. ★★★★★