Mandy is the first housemate to be evicted from the Big Brother 2017 house. 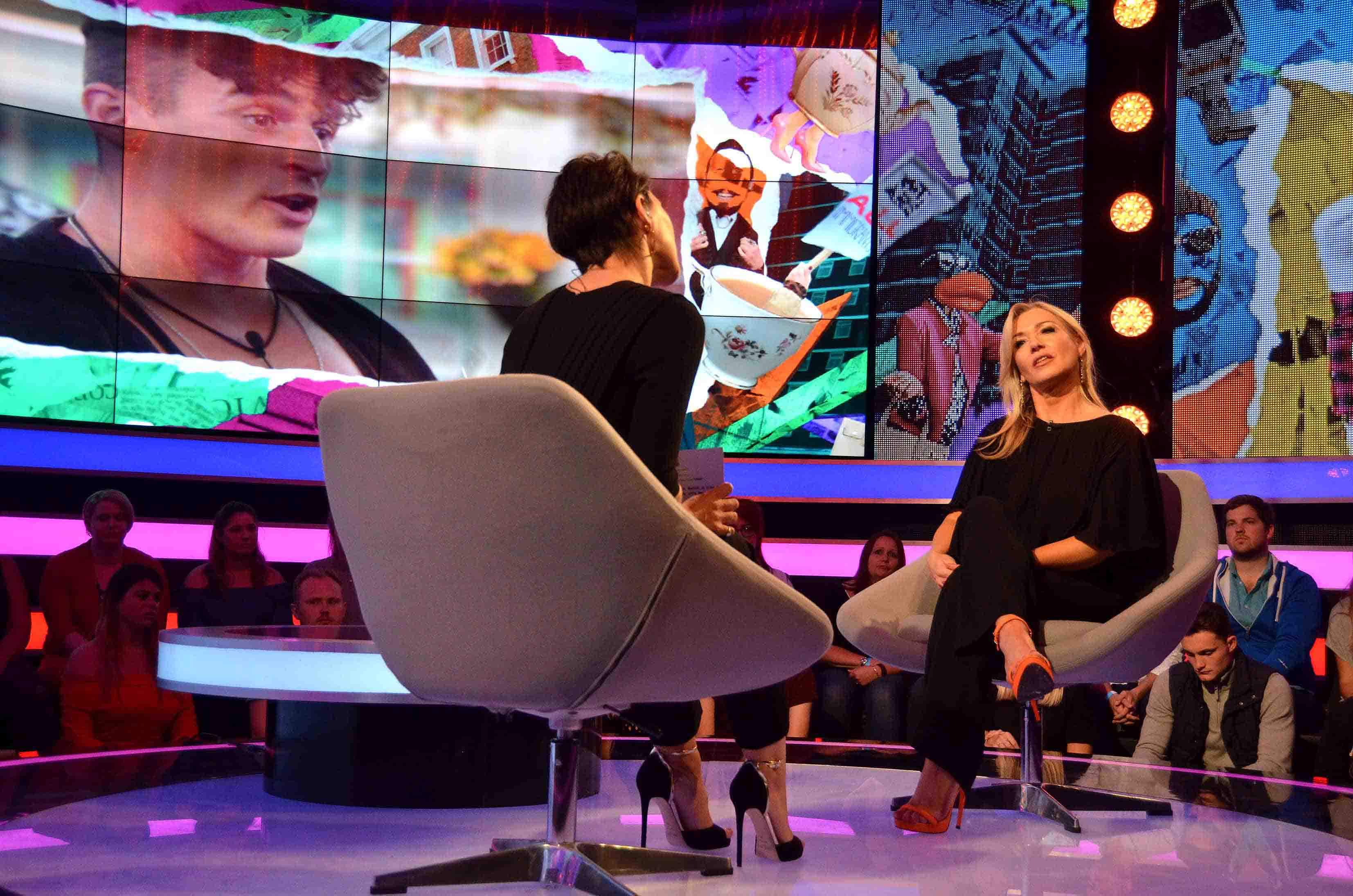 Earlier this week Tom, the People’s Housemate, decided which housemates should be exiled and face the public vote.

Tonight Tom had to make his biggest decision so far, when Big Brother put him on the spot about his fellow housemates. Tom had the deciding vote on who would be evicted out of the two housemates with the fewest votes IMRAN and MANDY.

Big Brother announced live to the house that the first person to be evicted is Mandy.

Following the announcement, Mandy said her goodbyes and left the house, greeted by Emma and cheers from the crowd.

Emma asked Mandy how it felt to be first out. Mandy said she is infuriated and “Tom has a game plan”. She added that “Tom’s got about three brain cells”.

Mandy agreed that she thinks Tom is using the power he has by getting rid of the people he is most threatened by and “I think he felt threatened by Charlotte and I as a couple.”

Mandy says that Charlotte “doesn’t have much in common with the glossy girls. She’s a one off” and admits she thinks Charlotte will miss her “ridiculous amounts”.

Emma asks Mandy about her sex tape and Mandy reveals she was happy that it came out as she now won’t be seen as a typical housemate and that “people write women off after a certain age”.

Emma will be back next Friday at 9pm on Channel 5 for the second eviction of the series.