Romance is in the air in the Big Brother 2017 house as Ellie Young and Sam Chaloner kiss for the first time! 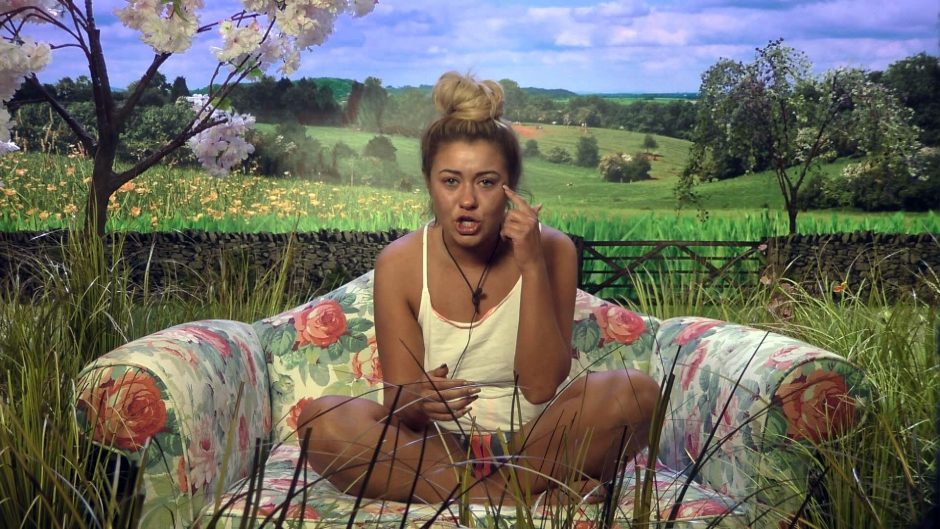 On Thursday night 4 Second Chance Housemates entered the Big Brother house and it did not take long for them to make their mark!

Housemate Ellie has some history with new boy Sam as they both appeared on ITV2’s Ibiza Weekend and Sam has previously confessed that he fancies Ellie.

And so it comes as no surprise that the pair shared a cheeky snog on the Kitchen floor last night.

This moment comes after Ellie warning Sam that she was not willing to be messed around like she had been by former housemate Lotan Carter.

“I’ve not come in here for you because I didn’t know you were in this show,” Sam told Ellie.

She replied: “All I’m asking is don’t f**k… do you know how many people have said I’ve been messed on this show by Lotan, it’s been pretty obvious.”

Sam reassured her: “I’m not going to mess you around, I’m not that type of person.”

Although Sam seemed pretty pleased with himself after the kiss, he was desperate to keep it a secret:

“Don’t tell anyone, don’t say anything.” Sam pleaded after their kiss.

Despite their predictable romance, the kiss may come as a shock to some of the housemates following Debroah’s warning to Ellie yesterday.

“Aren’t you super paranoid he has his own agenda coming here?”

“I know people have watched this show probably before coming so he could be close to you because he knows you’re doing well on the outside.”

What do you think? Is Sam playing a game? Let us know!

Stick with TwitCelebGossip for all the latest Big Brother news!