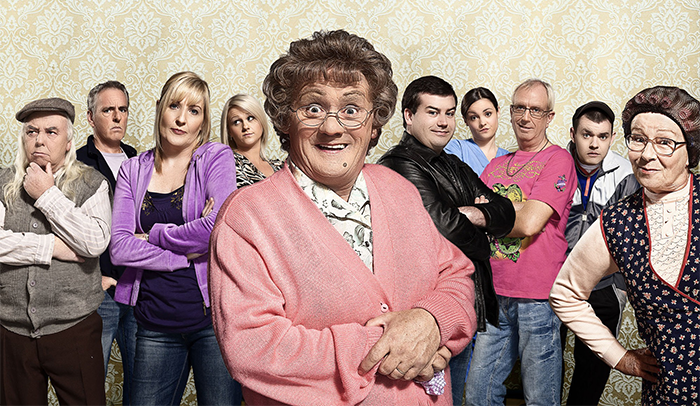 Cowan has been playing Agnes Brown’s son since 2002 and has finally decided to leave the show, admitting that he hadn’t been happy on set for the last two years.

Talking to the Irish Daily Mail, Rory said: “I hadn’t been happy working for the Mrs Brown’s Boys company for the last 18 months to two years. I feel that 26 years is enough so I decided it was time to go,”

Deciding to put himself first, Cowan handed in his notice in June and was persuaded by Brendan O’Carroll to work for the next month before he was free to leave the show.

“I told Brendan on 16 June about my decision to leave,” “I was supposed to leave at the end of that week, but Brendan said that would be impossible and asked if I’d stay on until the end of the London O2 gigs. So I agreed to that.”

The 57-year-old performed with the cast one last time on Sunday at London’s O2 arena.

“I’m not going into details about why I was unhappy,” he added. “I did the final show, packed my stuff into a small Waitrose plastic bag and just left the venue.”

After his final show he celebrated in London with a group of friends and has not yet committed to any further work commitments but has suggested that a weekend radio show would be ideal in the future.

But do not fear, Cowan insisted their was no “bad blood” between him and O’Carroll, with Brendan branding Rory as a “legend.”