Ackley Bridge is set to return next year!

Channel 4 has renewed Ackley Bridge for a second series and will return to our screens in 2018. 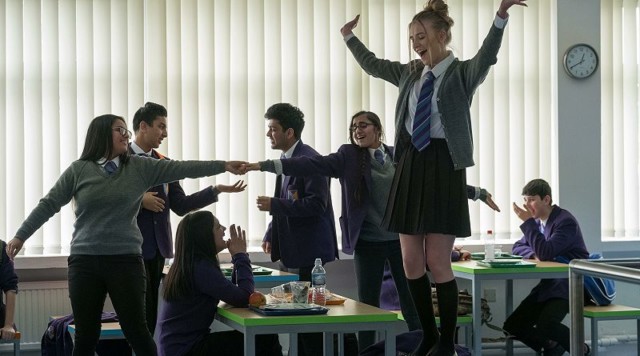 The first series of Channel 4’s new drama series Ackley Bridge concluded yesterday, complete with emotion, laughter and suspense. But it seems this will not be the last time we will see the characters at Ackley Bridge Academy as they will return in 2018 for a second series!

The show is set in a fictional town in Yorkshire, which contains a segregated population of both white and Asian people. In an attempt to diffuse the segregation in the town, two previously isolated schools are merged into Ackley Bridge Academy.

Predictably, due to it’s school setting, the show has been compared to BBC One’s Waterloo Road but not in an unfavourable manner, with the show securing impressive average viewing figures of 2.2 million.

The success of the first series has led Channel 4 to commission another series, which is set to have 12 episodes instead of 6.

Executive producer George Ormond, of makers The Forge, said: “We’re over the moon that Ackley Bridge has connected so well with the audience, and our writing team is already brimming with stories for 12 more punchy, funny, surprising episodes.”

Beth Willis, head of Channel 4 Drama, added: “Roll on the next term at Ackley Bridge!

“Channel 4 is so thrilled to be working again with the brilliant producing and writing team at The Forge and the super talented cast on this funny, thoughtful, incredibly special show. I’m bagging a seat at the front of the class!”

The second series will air in 2018 with two 6 part chunks which will be separated by a break in between.