Jay Swingler almost died after filming a dangerous stunt for a Christmas YouTube video on TGFbro. 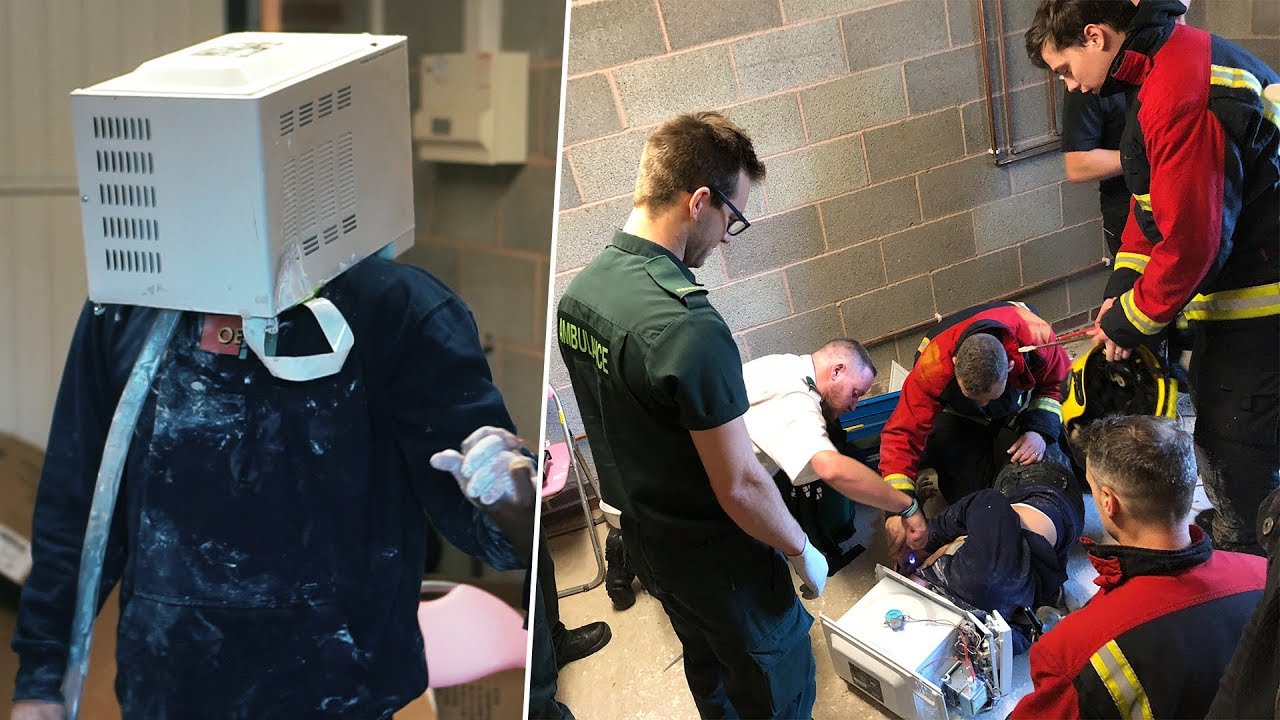 YouTube prankster, Jay Swingler (half of TGFbro) had to be freed by firefighters today after an hour-long rescue attempt.

Jay, 22, decided to cement his head inside a microwave.

In a video released on his YouTube channel it shows the prankster putting his head in a plastic bag then inside a microwave before having seven bags of Polyfilla poured inside.

They had planned for the microwave to be used as a mould, but Jay became stuck and his friends including Romell Henry tried (other half of TGFbro) to free him for 90 minutes.

Rescue crews were called after realising the microwave was stuck.

West Midlands Fire and Rescue said they were “seriously unimpressed” with TGFbro’s ‘prank’.

Watch Commander Shaun Dakin said: “As funny as this sounds, this young man could quite easily have suffocated or have been seriously injured.

“Taking the microwave apart was tricky, because a lot of it was welded. We video-called our technical rescue colleagues for advice and eventually managed to get him unstuck.

“He was very relieved when we removed a large chunk of the Polyfilla with a screwdriver, allowing him to breathe more easily. But we had to be extremely careful with the screwdriver, working so closely to his head.

“It took us nearly an hour to free him. All of the group involved were very apologetic, but this was clearly a call-out which might have prevented us from helping someone else in genuine, accidental need.”

Despite the controversial move, and backlash the group have faced by the public using the emergency services time – TGFbro have released the prank on their YouTube channel.