McBusted: Supergroup And A Super Tour!

If you’re a fan of McFly and a fan of Busted you’ve come to the right place!

We can officially announce, the two bands are merging together to create a supergroup where they will tour up and down the country in April and May 2014. 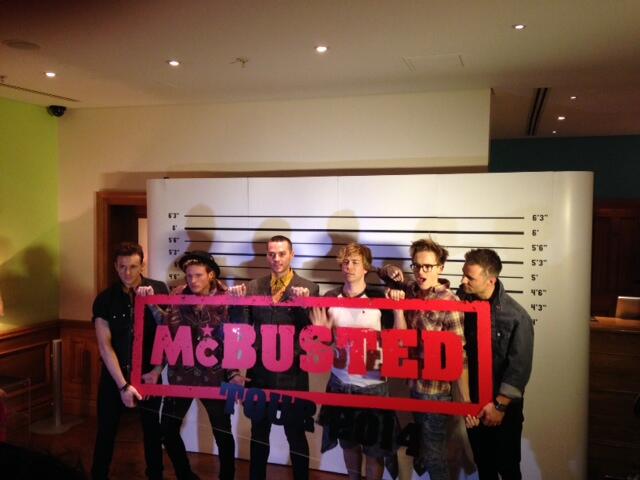 After years and years of being friends and in the music business together, the boys have all decided to do a special treat for all fans. However, Busted’s Charlie Simpson won’t be joining due to other commitments with his solo career, but has wished the rest the best of luck: “Just wanted to say that though I am not joining @mattjwillis and @JamesBourne on their new venture, I wish them all the very best with it.”

Matt Willis, James Bourne, Dougie Poynter, Tom Fletcher, Danny Jones and Harry Judd released the news in a London press conference in the SoHo hotel which was hosted by band member Matt’s wife, Emma Willis! They told everyone about the news and the rumours about them touring being true and it will happen early in 2014! The decision on the location for the conference came from Matt when he thought it’d be a nice place to announce good news after Busted revealed their split in the same building.

They have been seen on stage together before where the Busted lads joined McFly at the Royal Albert Hall for their 10th anniversary, but now, we get a WHOLE tour. With their excitement, they didn’t hold back in creating a twitter account @mcbusted where news and updates will be posted. Tweeting an image from the press conference, they added “the rumours are true…#McBusted”.

You can buy tickets on Friday from ticketmaster.co.uk and livenation.co.uk. Check websites for pre-sale information and ticket prices as they are yet to be confirmed, but will be updated in this article when we know!

If you can’t wait until April or May 2014 to see McBusted perform, you can see them perform live on BBC Children In Need this Friday night!